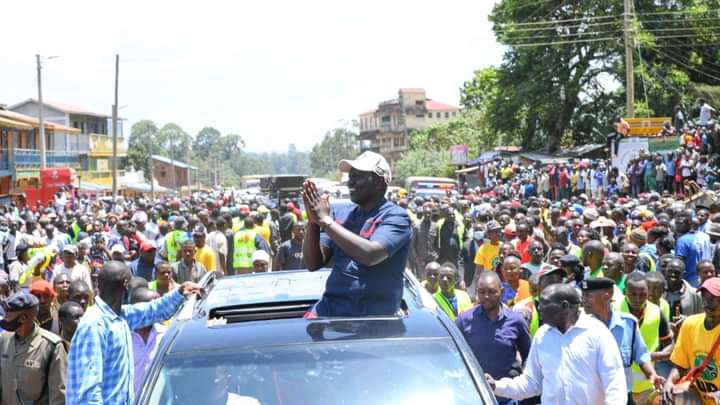 Deputy president William Ruto is currently touring Busia county. Accompanied by his close allies, the second in command made a stopover at Bumala market where he addressed residents who were happy to receive him. While delivering his speech, some youths who were waving wheelbarrows in the air caught the attention of second in command forcing him to act quickly. He asked them to put those wheelbarrows aside and listen to him. However, he promised to give them something after the Speech for subscribing to hustlers nation.

After Bumala market, Ruto proceeded to Nambale Subcounty where he donated one million Kenya shillings to traders who were listening to him. He promised them some good money come next year, stating that his government will set a side fifty billon shillings for them that will be used to as empowerment project. 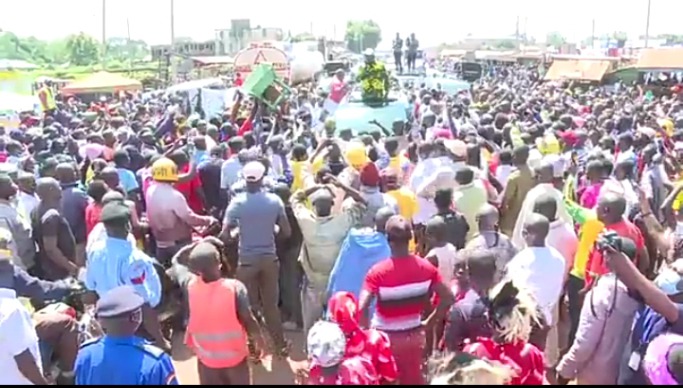 On Raila Odinga presidency, the second in Command claimed that, he is formless and doesn't understand what locals are thinking about. He requested him to stop giving handouts and instead, focus on creating policies that will better lives of local people who are struggling with poor economy in the country.

Here is the video in Bumala