From Kibaki's Bodyguard To Watchman: The Bitter Life Of Ex-GSU Officer 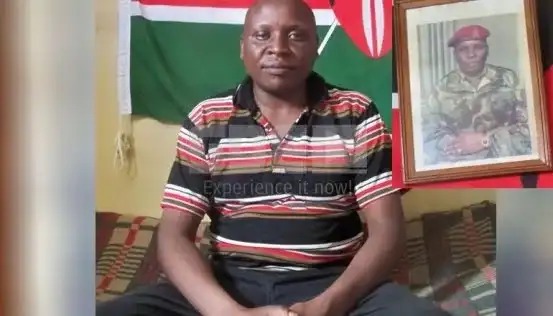 He is the man who was directly in-charge of the then opposition leader Mwai Kibaki's security. For five years, David Maina Wambugu ensured that the man who would later become Kenya's third President was safe. But things suddenly took a new twist in 2002.

After joining the police service in 1992, Wambugu, who hailed from Kibaki's Othaya constituency, worked under the General Service Unit.

In 1997, he was recruited as Kibaki's bodyguard in the run up to that year's general election. But as fate would have it, in 2002, he survived a nasty road accident alongside his boss, which would change his life forever.

With Kibaki confined in a wheelchair for some time, Wambugu himself fought his own battle after sustaining broken limbs.

Kibaki would win the 2002 presidential election. As the country's Head of State, he would get a new security team. For Wambugu, his fate was sealed.

In a previous interview with the Standard, Wambugu painfully narrated how he was forcibly retired from the service by his bosses for allegedly using improper channels to communicate with Kibaki.

With his life hitting an all-time low, he was forced to work as a watchman alongside Mombasa Road to make ends meet. But that was in 2016. Perhaps, his situation is now better.

For a man who was a heartbeat away from protecting the President, his is a sad story.

Two Foreign Pastor With The Same Message To Ruto, Will The Prophecy Be Fulfilled Come 2022