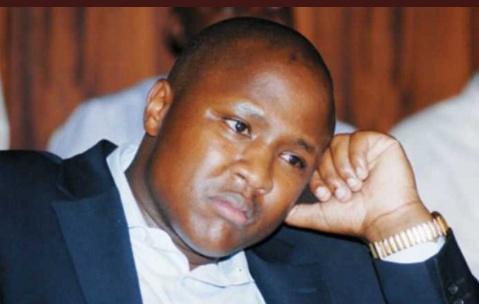 The previously mysterious contract between the people republic of china and the kenyan government for the construction of the now controversial standard gauge railway (SGR) that cost taxpayers hundreds of billions of shillings has finally been made public.

The SGR contract which had been the subject of numerous discussions among kenyans for the last five years or so has now been finally released by the ministry of Transport cabinet secretary Hon Kipchumba Murkomen earlier today.

And now, former Nandi hills constituency member of the national assembly Hon Alfred Keter who was ousted during the last general election has come out to finally break his silence.

In a statement on social media, Mr Keter reminded lawyer Ahmednasir Abdulilahi that he had appeared before the national assembly committee on public investment concerning the matter. He says that the exposure of the SGR contract has now vindicated him. 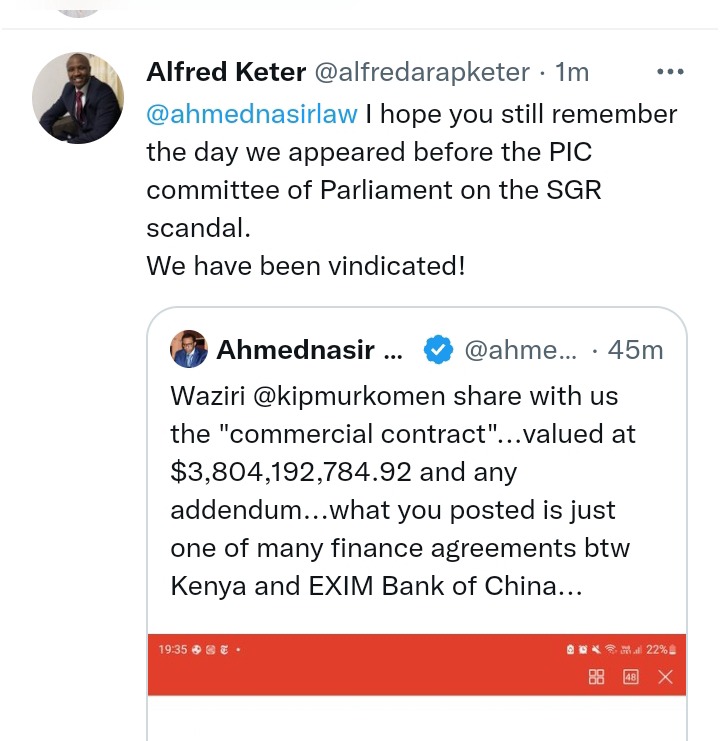 "Ahmednasir Abdulilahi, I hope you still remember the day we appeared before the PIC committee of Parliament on the SGR scandal. We have been vindicated," he said.