A battle for supremacy between the Azimio la Umoja Movement and a newly formed Kenya Kwanza Alliance between Deputy President William Ruto and Amani National Congress Party leader Musalia Mudavadi continues as the leaders in the two camps engage their supporters across the country for the backup in the August 9 poll. 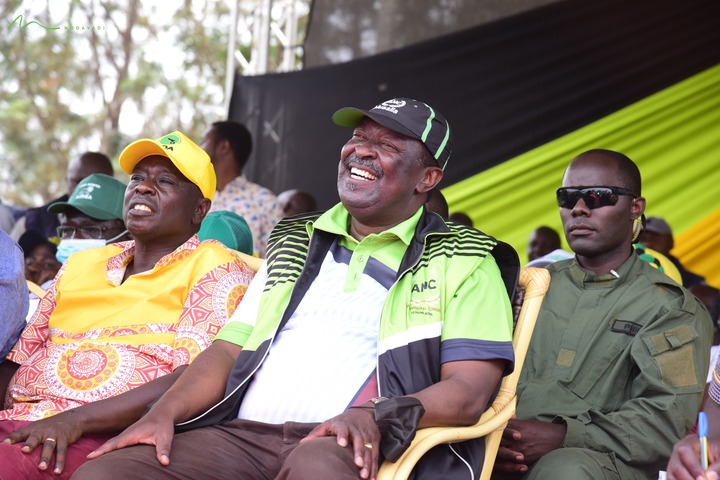 Musalia Mudavadi who joined Deputy President William Ruto's UDA camp last Sunday vowed to work together with the latter ahead of this year's general elections and determined to form the government which will economically empower Kenyans.

Since he joined the UDA camp, Mudavadi has swiftly changed his politics and started criticizing the President Uhuru Kenyatta's government. In his speech at Bomas which he had earlier warned that it will be an Earthquake, Mudavadi attacked various government institutions for failing Kenyans 60 years after independence.

His 'earthquake' effects are still felt in the subsequent rallies and speeches. On Friday, Mudavadi revealed a high profile secret between him and 'a senior government officer' who would influence the results of the General elections.

Mudavadi boldly dismissed this by saying the final results lie in the hands of Kenyans who will vote for their favorable candidate. 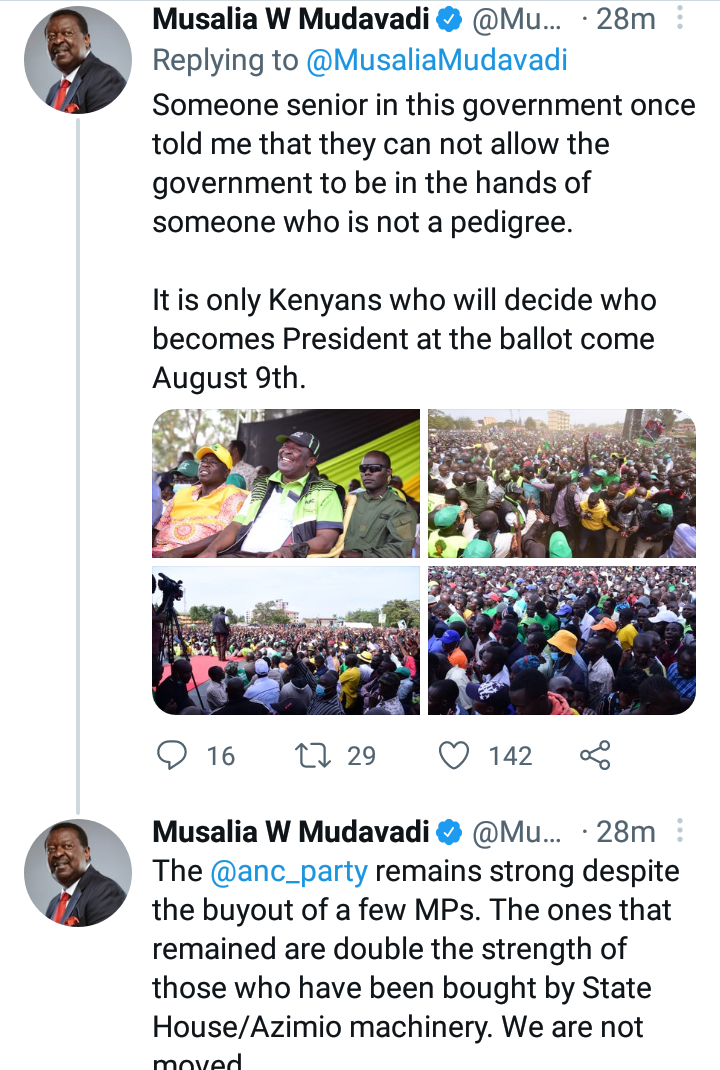