UDA Politician Kithure Kindiki has called out politicians who are allied to the former prime Minister of Kenya and Orange Democratic Movement party leader for claiming that the Kenya Kwanza is currently bribing politicians to join them. 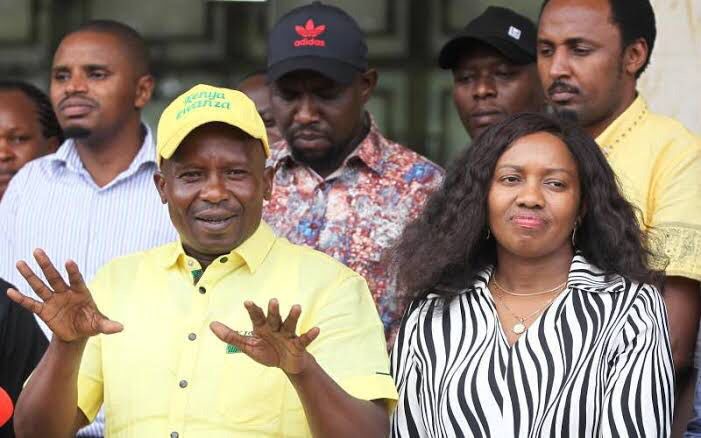 In a news report that has been shared by a reliable source of information, it has been revealed that a number of politicians have already dumped the former prime Minister of Kenya ever since the deputy president of Kenya was declared the winner.

According to the reports given by several media houses, it has been revealed that the former prime Minister of Kenya has lost a number of member of parliaments who ended up leaving Him after the deputy president of Kenya was declared the President Elect.

Taking to his different social media accounts to express his opinion and suggestions on the matter, Kithure Kindiki has called out the politicians who are allied to the former prime Minister of Kenya for saying these MPs are being bribed.

According to the reports given by Kindiki, he claimed that these politicians are grown ups with their rights which he said allows them to do as they please and want.

While reacting to this incident, kenyans who took to their different social media accounts to express their opinions and suggestions on the matter have called upon the former prime Minister of Kenya and his team to go home or fight for their rights.

According to the reports given by most Kenyans, they claimed that it was so unfortunate that the government is yet to do something about the increasing number of times when the former prime Minister of Kenya has constantly rejected elections. 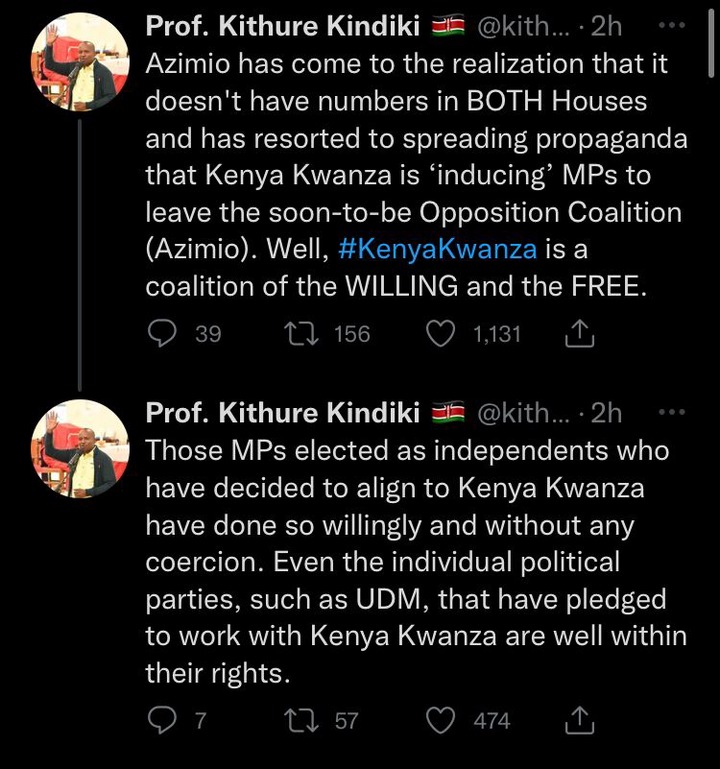 "Truth To Be Told, This Is The Majority Party In The Parliament " Radio Citizen Presenter Says.

Muluka Alleges Why Azimio Camp is Still Living in Denial

Reports Emerges On Why Ruto Decided To Retain Chelugui, The Only Uhuru's Minister On His Cabinet