Speaking during another event in Thika as reported by the star newspaper, the Former Gatanga Member of Parliament has revealed that out of all political leaders who have ever existed in Kenya, Raila has proved beyond any reasonable doubt that he is a true leader who isn't led by selfish interests, unlike his competitors who are there to hoodwink Kenyans. 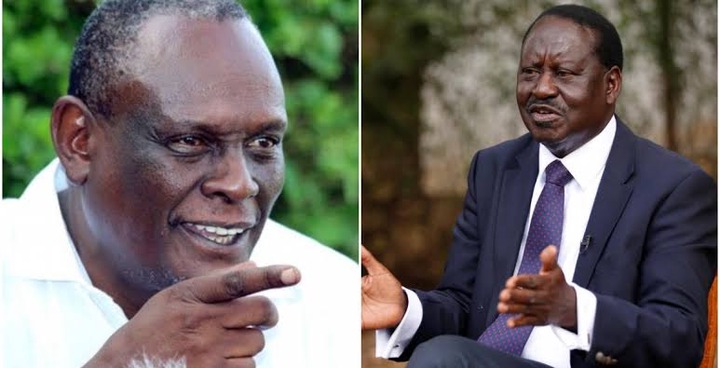 But responding to Murathe's sentiments, Deputy President William Ruto via his official's spokesman Hon Emanuel Taalam has reported that Kenya has no shortage of food and that nobody will be forced to support any Government Political project in 2022.

Additionally, Taalam has questioned why the so-called Uhuru's allies were quiet before the 2017 general election when he (Uhuru) was seeking to be re-elected but came out after the 2018 handshake.

Ruto teamed up with Uhuru to win the 2013 general elections and joined hands again in 2017 to defeat Raila.

"Ruto was a saint when they wanted re-election but became bad soon after! Wajinga waliisha Kenya," he told the Star on phone.

In Murang'a, Murathe also disclosed that the Jubilee party will hold a National Delegates Conference soon, to endorse Raila as its presidential candidate.