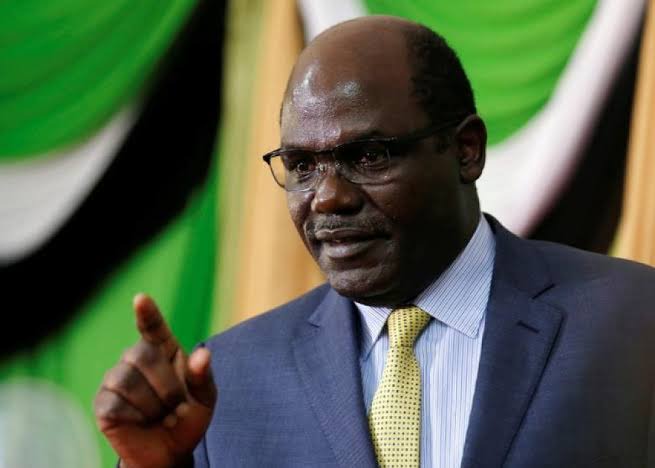 The Independent Electoral and Boundaries Commission (IEBC) Chairman Wafula Chebukati has given a press brief concerning the state of the counting and tallying process a day after Kenyans went out to vote.

He revealed that a turnout of 65.4 was recorded according to data from the biometric voter identification system (KIEMS kit) exclusive of voters who used the manual register. This is about 14.1 million.

When he was asked about the sluggishness of the process, Chebukati remarked that they have to wait for all the form 34As to be submitted before they can start tallying and generating form 34Bs and 34Cs respectively.

He noted that the media, election observers and the public have been given a chance to tally their own results whenever they wish because they are available at the IEBC portal.

The chairman added that the media is however slow in tallying and relaying the results sensationally suggesting that they were not prepared for the activity.

"Social media and mainstream observers are getting details from the public portal, these are the final results. I believe the media is doing their own tallying even though they are a little bit behind. They should be at 97 per cent. Maybe they were not prepared for this," he said.

As of 3.47 pm, the Citizen TV tally showed that Azimio La Umoja One Kenya coalition presidential candidate Raila Odinga is leading with 2,172,204 votes closely followed by United Democratic Alliance, UDA's Deputy President William Ruto who has 2,027,895. Already 97 per cent of the 46,226 have been recorded by the IEBC. Six counties have reported 100 per cent submission of the forms.

Chebukati has already confirmed that it would be impossible to get the final results today.