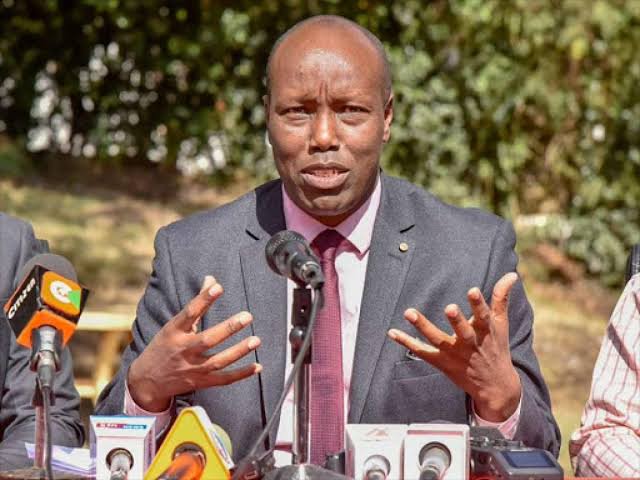 Before beginning on a trial run with Raila's Azimio Gospel, the Governor was in the area to commission the Sachoran Water Project in Sirikwa Ward, Kuresoi North Sub-County.

However, after residents requested him to reconsider his decision, the governor found it difficult to sell his candidate in the area, which is usually regarded one of William Ruto's strongholds.

Raila Odinga is too elderly to steal if he becomes president, says Lee Kinyanjui. 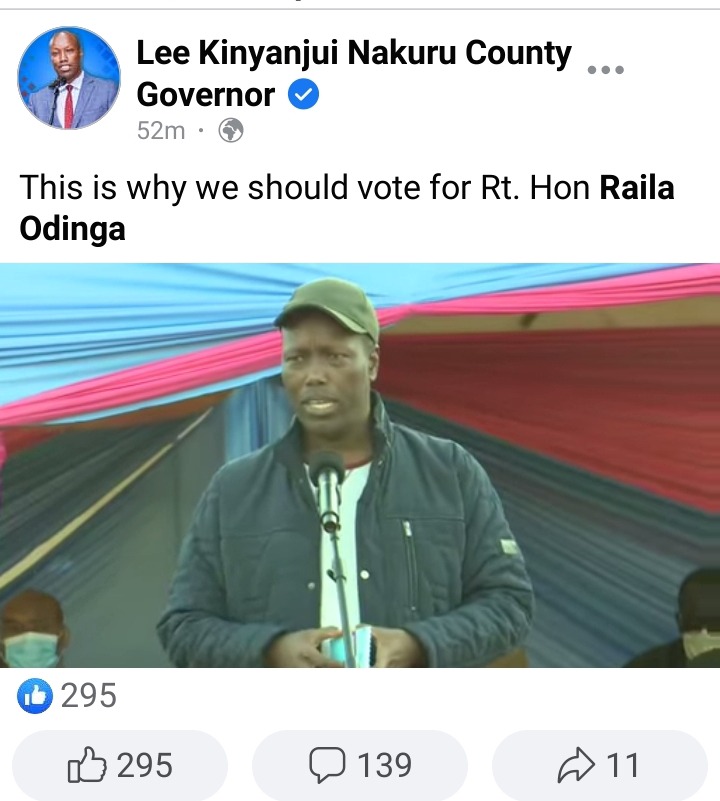 The tenacious Governor, on the other hand, went out of his way to endear Raila to the people, reminding them that it was they who first embraced the orange boss in 2007.

"I didn't vote for this old man, and I didn't vote for you, but the rest of you have had a taste of it." It's better to tell the truth... you even called him Arap Mibei at one point, so I decided to try what you tried in 2007.

You voted for him, and we didn't object, so let us have our own taste," he said, prompting laughter and criticism from a segment of the community.

He promised people, however, that they would continue to be Kenyans and Nakuru county residents after the August 9 general elections, stating that everyone would vote peacefully and return home.

"Nakuru will stay here, and nobody will be evicted from his home in Nakuru; those things will never happen again," he added. 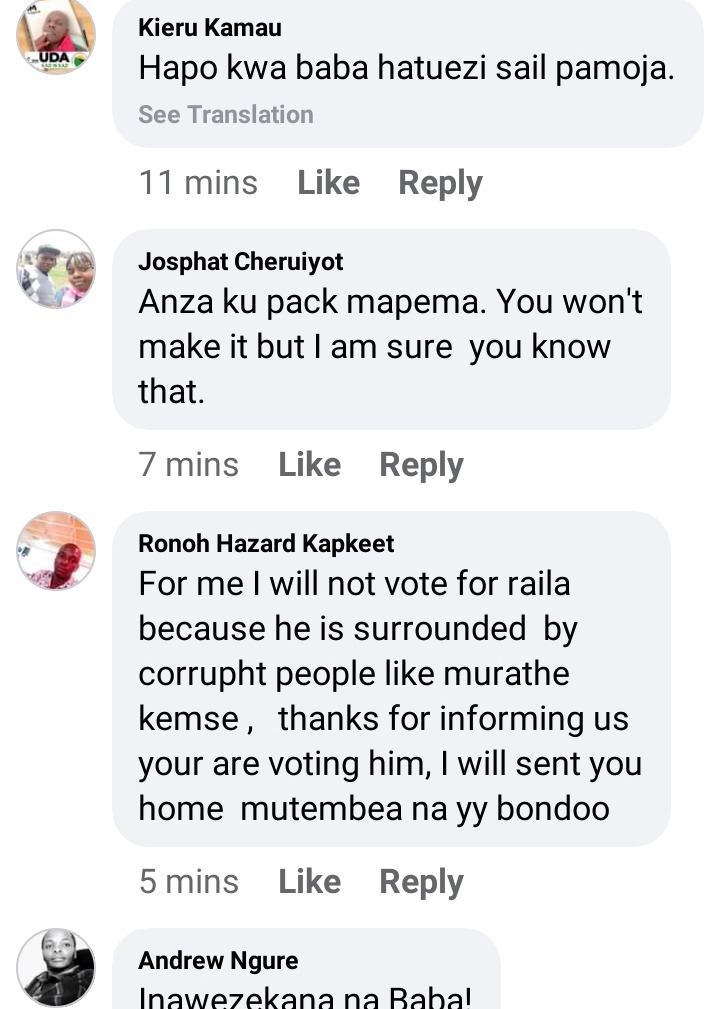 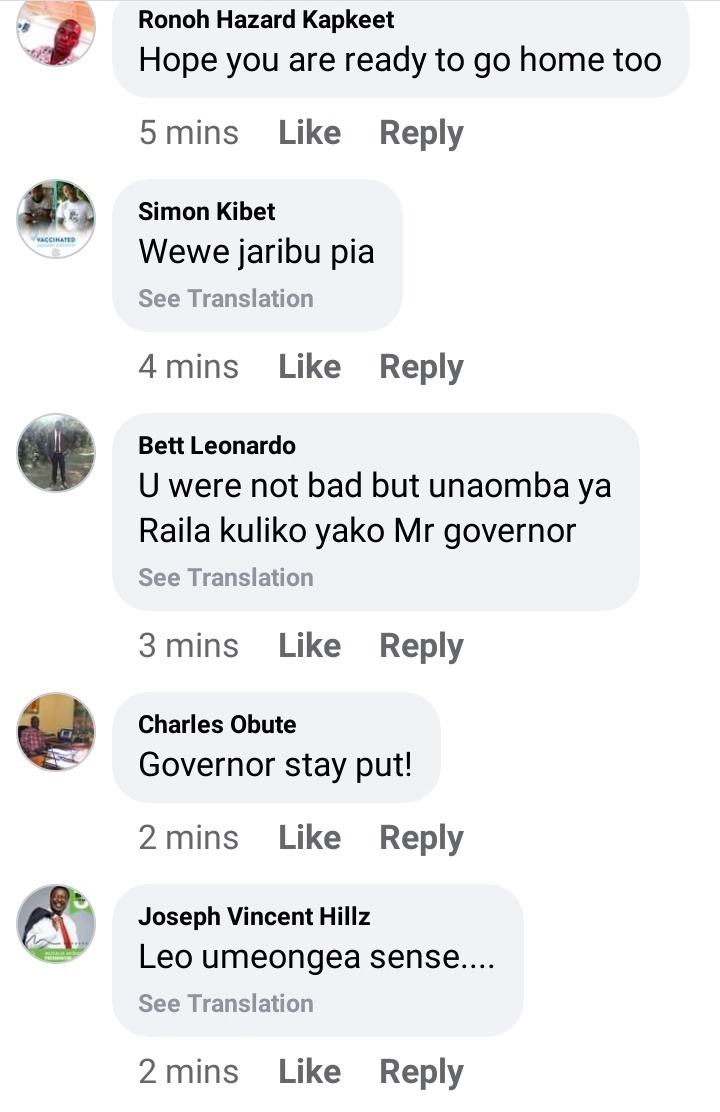 Martha Karua's Father Finally Speaks Out as He Praises Her

"I Forgave Him After He Cheated On Me With My Best Friend." Getrude Narrates.

"Kenya Kwanza Will be Shocked When I Beta Them in Mt Kenya," Kalonzo Says