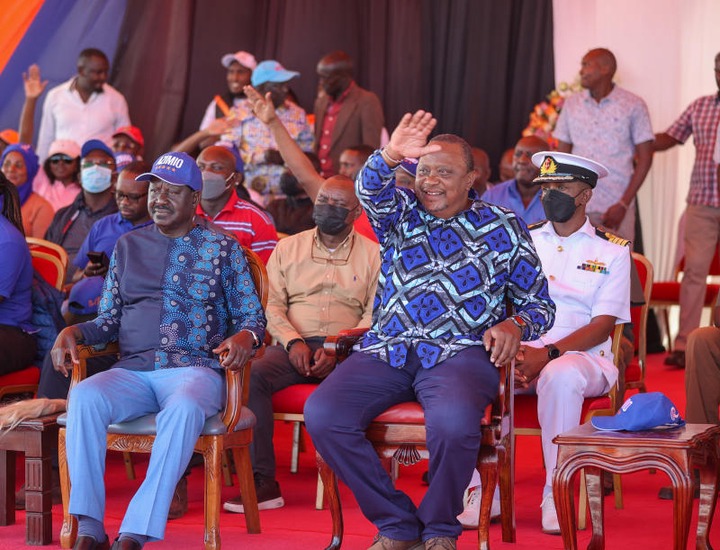 Despite the fact that he failed to attend the meeting that was held by Azimio la Umoja One Kenya Alliance in person, former president Uhuru Kenyatta who is still considered the chairperson of the coalition sent a message to their loyal supporters.

Uhuru's message was delivered by Wiper party leader Kalonzo Musyoka who during the time he was making his speech at Kamukunji ground talked about the alleged division in the Azimio family.

Kalonzo also came to the defense of KANU party leader Gideon Moi who did not attend the meeting, saying that former Baringo senator had been involved in some accidents and could not make it to the meeting.

And despite being unavailable, Uhuru Kenyatta's Jubilee party was fully represent as their party chairman Jeremiah Kioni was present and gave his full speech to the Kamukunji crowd. 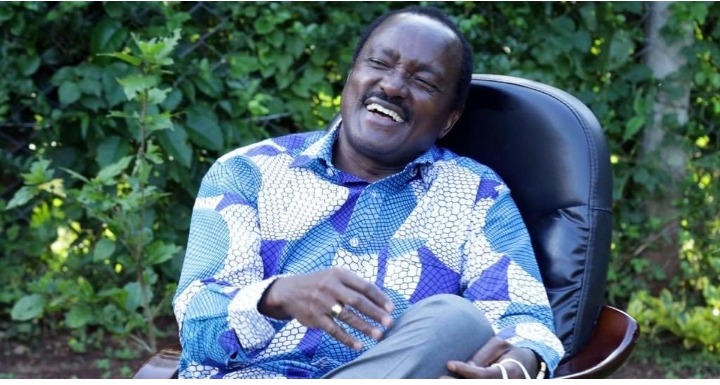 Kalonzo also dismissed the claims by the government of the day that Azimio's consultative meeting was a recipe for demonstration and chaos in the country.

"Those who think Azimio team is chaotic do not understand this country. And you know Azimio is made up of very intelligent leaders, receive greetings from my brother President Uhuru Kenyatta." Kalonzo Musyoka said.

The greetings was warmly welcomed by Azimio supporters who could be seen jumping and cheering Mr Kalonzo before Musyoka asked them to raise their hands up if they received the greetings.