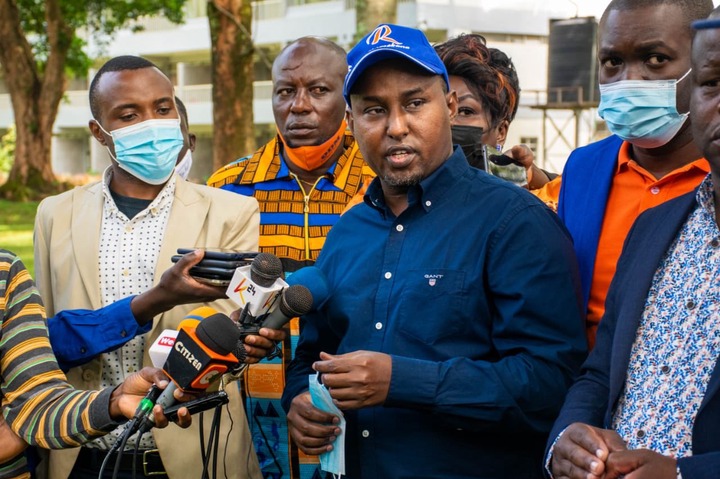 ODM party Election Director who also happens to be the Suna East Member of Payment Junet Mohamed has unleashed his anger at his friend and City Lawyer Ahmednasir for facing Raila with bitter facts on Kalonzo's stand.

According to Lawyer Ahmednasir, Raila is now more likely to face a major blow in his political bid especially now after his former reliable NASA partner made his final declaration on the race to August presidential elections.

That is the Wiper leader Musyoka who yesterday stated that he would join the presidential race and so people should stop thinking of Raila and Ruto as the only major horses in the big race.

And from Ahmednasir's point of view, Kalonzo's stand is likely to bring more harm to Raila's bid than anyone else, especially in Eastern Region where he is likely to lose over two million votes to Kalonzo.

However, according to Junet Mohamed who has been forced to respond to the analysis by the Senior Lawyer, this is just a wrong analysis made with the aim of confusing Kenyans.

Instead, he has urged the City Lawyer to now stop making any comment on politics since he is only displaying a shameful character of political ignorance. 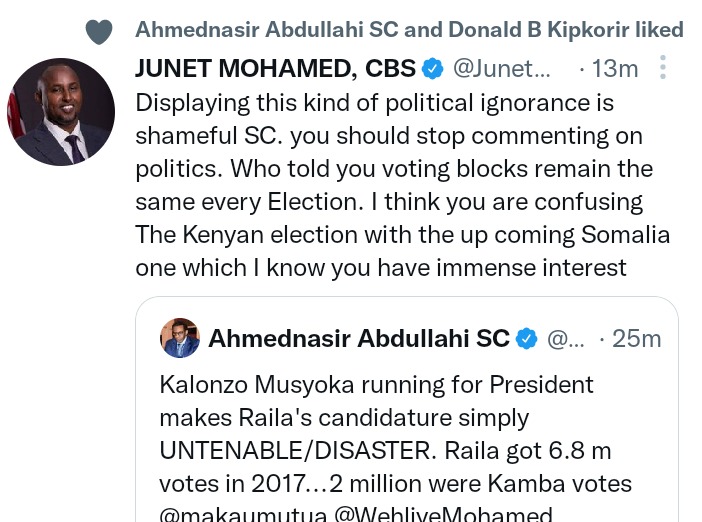 Change of Plans: Uhuru will No Longer Campaign for Raila-Karua Ticket - Murathe Claims

Murathe Comes Clean on Succession Politics; Reveals What Uhuru will Immediately do if Ruto Wins-VIDE