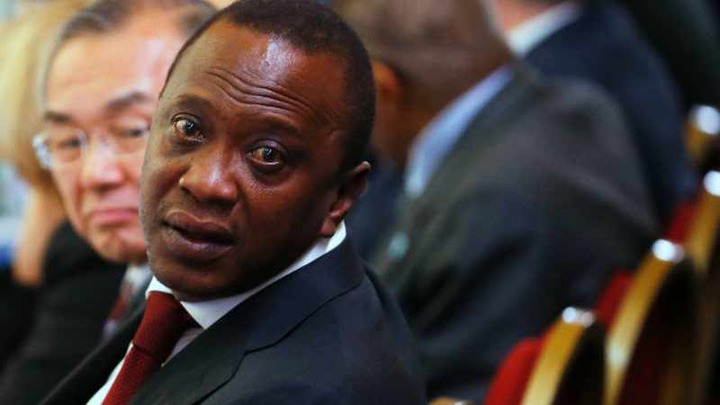 After that election, Uhuru received a second rejection from the Kikuyu people. Kibaki received a resounding majority of their votes, and he went on to serve two terms as president. The first time Uhuru had been rejected was in 1997 when he came in second place to the unknown Moses Mwihia in the race for the Gatundu South constituency.

Njenga Karume, the Gema grand patron who had previously supported him left him in June 2004 to accept a position in the Kibaki government's Cabinet. And in November 2005, Uhuru would join Raila and other Orange Democratic Movement (ODM) leaders in rejecting President Kibaki's draft constitution which had received almost all of the region's referendum votes from Mount Kenya. 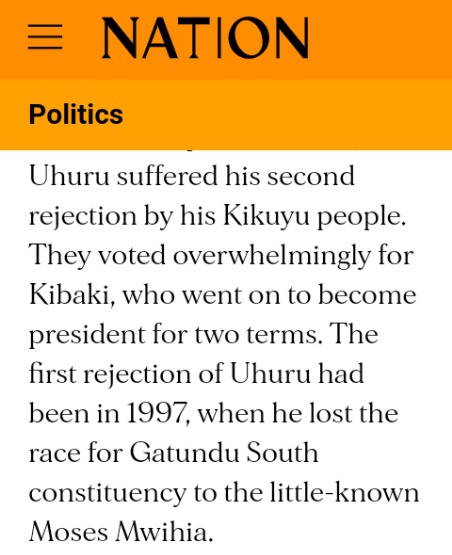 Uhuru realized it was time to go back home right away. He did so in 2006 when he dropped Kanu and declared his support for Kibaki's bid for reelection. His recovery had started. The post election unrest in 2007 and 2008 hastened his rise to prominence in Mount Kenya politics.

Ruto On Why He Appointed Uhuru As Peace Envoy