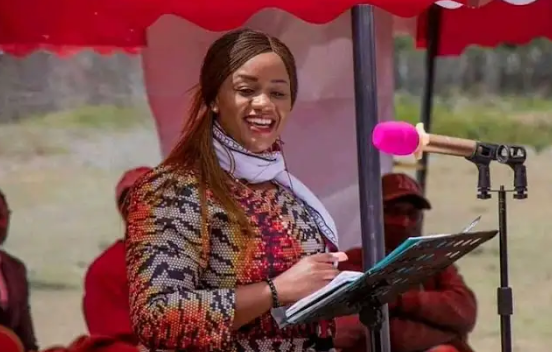 Speaking in Laikipia, Waruguru claimed that Murathe and other top officials in the party have been blocking elected Members of Parliament and Governors from reaching President Uhuru Kenyatta.

According to Waruguru, who recently joined Deputy President William Ruto’s Hustler Movement, David Murathe has been leading a group of individuals to take up top government positions and businesses in the pretense of mitigating graft.

Waruguru questioned why party officials would deny elected MPs access to the President, alleging that Murathe and his team have benefitted financially from the Head of State’s fallout with his deputy.

“What was your sole intention in breaking the Jubilee Party? Was this not an issue that could have been discussed and solved in State House?” Waruguru wondered.

She accused Murathe and his team of colluding to mess up the party and siphon funds.

“Any outsider who doesn’t even vote in Kenya will tell you that Murathe was used to dissolve the Jubilee Party by certain people so that they grab top government jobs and businesses,” she added.