"He's Become Too Weak" Francis Atwoli Admits, Reveals Why He Changed Tune On His Preferred Candidate 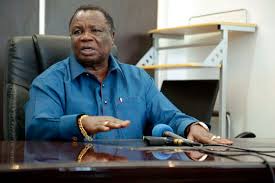 The Central Organization of Trade Unions in Kenya Secretary General Francis Atwoli has become a major force in Kenyan politics though he is not vying for any political elective seat in the fourth coming general elections to be held in August this year. Francis Atwoli is known for being vocal, unapologetic, flamboyant and no nonsense.

COTU Secretary General Francis Atwoli has publicly blasted the Amani National Congress party leader Hon Musalia Mudavadi as he revealed why he can't support his presidential bid given that they are both from Western Region of Kenya. According to Francis Atwoli, he said that Hon Musalia Mudavadi is too weak since he can't make up his mind on what he wants for himself or for the people that he represents.

"COTU SG Francis Atwoli revealed that Mudavadi is politically weak since he can't make up his mind on what he wants for himself or for the people that he represents." Tweeted by Kenyans.co.ke 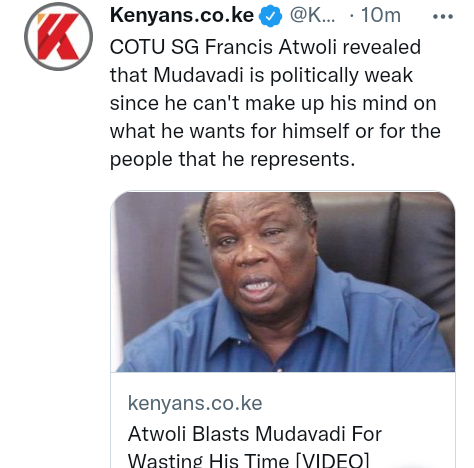