By Kiptoocomplicate (self media writer) | 2 months ago 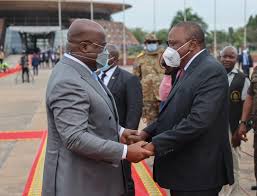 He was mandated to lead in seeking peace in East African community, especially in Ethiopia, and the newly admitted member ,Democratic Republic of Congo.

The former President has achieved some milestone in Ethiopia as both parties have agreed on the way forward through dialogues.

Kenyatta has also forged on a ceasefire between President Kagame of Rwanda and Tshekeidi of DRC who have been engaging on hostile attacks on each other over the last few months. 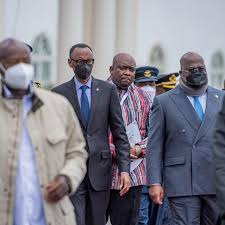 As reported by several local media stations, the three leaders has reached an agreement to ceasefire.

This comes as a result of interventions that has been recommended by the East African community heads of state. Which among them was diplomacy between the involved parties.

Forces from the member states has also been deployed to DRC on interventional measures ,under the East African Special Force.

Its a matter of time to see if Kenyatta led team will achieve to cease the fights and restore peace in the region, that has been destabilized for more than a decade.

Content created and supplied by: Kiptoocomplicate (via Opera News )