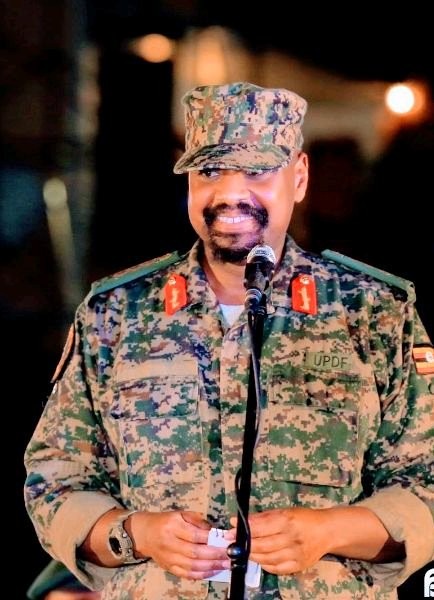 Ugandan president Yoweri Kaguta Museveni has been in power for several decades now, successfully guiding the East african nation to achieving both economic, political and social stability. Arguably, it is during his time that Uganda has seen progressive development.

And as age continues to catch up with Museveni, analysts had started sensing that his son General Muhoozi Kainerugaba was being prepared to take over from his father when his time comes to an end.

And now, General Muhoozi Kainerugaba has taken to social media to all but officially confirm that he is interested in the Ugandan presidency when his father eventually leaves office.

In a social media statement, Muhoozi Kainerugaba who recently resigned from the Ugandan military announced that if he ascends to power, he will ensure that he increases the budget that is allocated to the Sports ministry in his first major action in power. 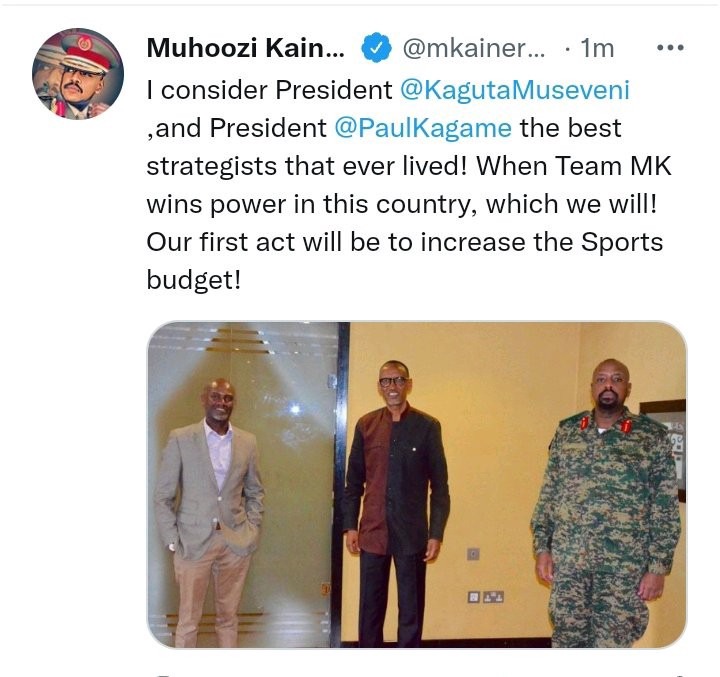 "I consider President Kaguta Museveni and President Paul Kagame (of Rwanda) the best strategists that ever lived! When Team MK (Muhoozi Kaenirugaba) wins power in this country, which we will! Our first act will be to increase the Sports budget," he announced