On his rally in Nyandarua County Deputy President William Ruto promised the people that he will change the economy rather than his counterpart Raila Odinga. 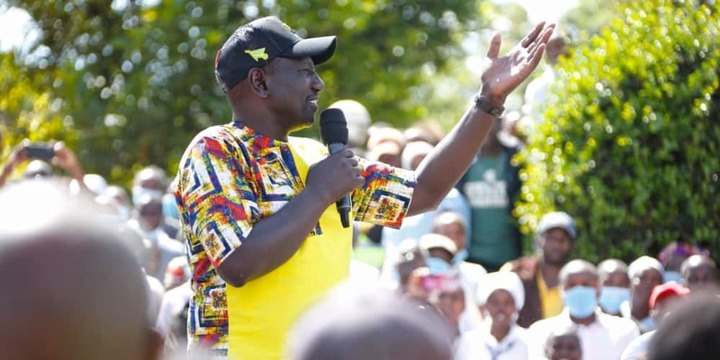 He urged Nyandarua residents to avoid voting In Raila odinga claiming that Odinga’s interest was changing the constitution of Kenya rather than changing the lives of common citizen.

He promised the people that his government will set aside 100 billion Kenyan shillings for housing, Agro-processing and manufacturing, he said that is government will be focusing on how the youth will be employed without tarmacking in search of jobs. 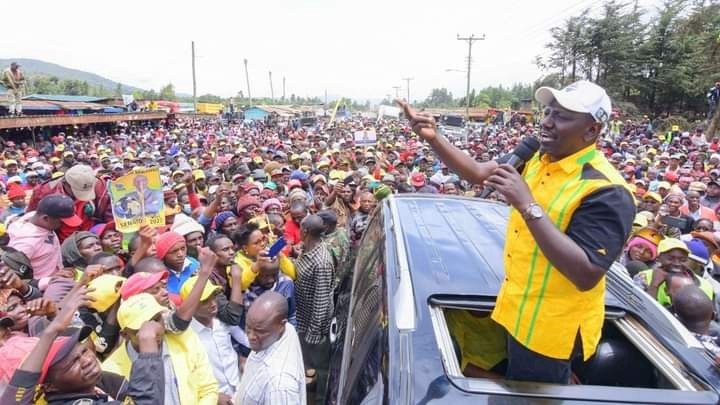 He also added that some of the big four Agendas that they had promised with President Uhuru Kenyatta will be completed under his government. He claims some of the projects could not be completed because the handshake between President Kenyatta and Raila.

He urged away Kenyans to vote out Raila Odinga because his interest was on changing the constitution and increasing number of Member of Parliament rather than growing the economy.