By Trendingnews254 (self media writer) | 11 months ago 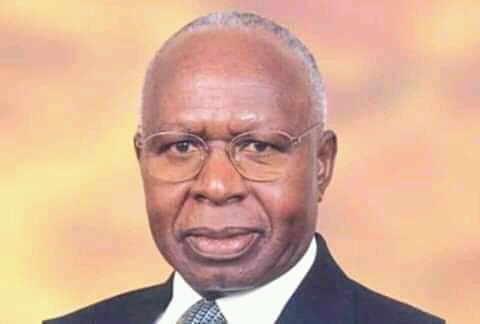 It is another sad day for kenyans as they are celebrating the last day of mzee Nyachae as he will be laid to rest today at Nyosia.Nyachae was born in 1932 and rested this year 2021.

Earlier on, Hon Simeon Nyachae body arrived in Kisii school for viewing. Later the body was taken to his home,Nyosia, where he was to be buried as per the brother's letter.

Dignitaries, including His Excellency Uhuru arrived to give mzee his final respect.The late Mzee served as a financial administrator.He, during the early years contested for presidency.

He served as a member of Parliament in Nyaribari Chache for 15 years. He also served as a minister in the ministry of Agriculture. He would personally farm with his tractor and became one of the biggest wheat farmer in the country. He later on started a bakery business where he could supply bread with his bicycle.

Despite working in the business and government, he had time for his family.

Content created and supplied by: Trendingnews254 (via Opera News )