By BrightonM (self media writer) | 1 year ago 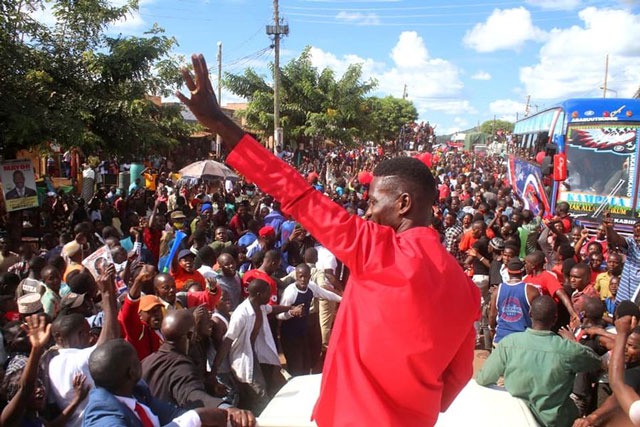 Uganda has officially entered into its campaign period for the upcoming presidential and parliamentary elections that will take place on January 14th 2021. 11 candidates were last week on Tuesday cleared by the Electoral Commission of Uganda to vie for the presidency. Five of them were nominated by political parties while six are running as independent candidates.

President Yoweri Kaguta Museveni is also running for another term being one of the 11 who were cleared last week. His main rival in the upcoming presidential race is the renowned pop music star Bobi Wine. Kiza Besigye will not be vying this time round after Museveni continuously frustrated him in the previous elections through a series of arrests and detainments.

Museveni officially launched his campaigns yesterday while Bobi Wine began his official campaigns last week. So it happened that Museveni and Bobi Wine today passed the same place on their way to their different campaign venues. The common centre was Lira city.

“Our campaign moves to Lango sub-region today, where I will hold two meetings with @NRMOnline leaders and flag-bearers in Lira City. #SecuringYourFuture.

Crossing Karuma as we head to the Northern Region. Lira City will be our stop and two meetings are on schedule. #SecuringYourFuture,” shared President Yoweri Kaguta Museveni on twitter. 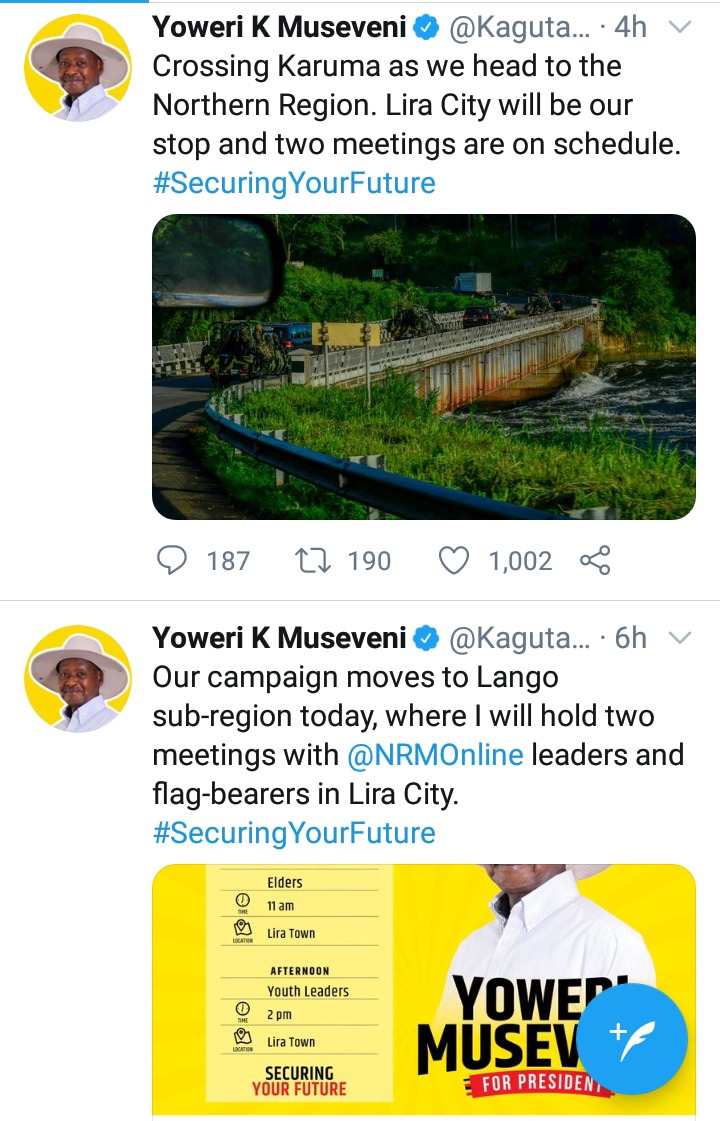 Notable of today’s campaigns was the reactions of residents of Lira city on the road that the two leaders passed together barely an hour apart. In videos shared online by renowned blogger Lord Abraham Mutai, Museveni’s entourage was badly booed and mocked by the residents as they sang Bobi Wine’s name. Residents could also be seen waving Bobi Wine’s posters. Museveni did not even pull out his head to wave at them as it is a norm with many politicians.

“This Mzee Yoweri Museveni campaigning in Uganda. He received very cold reception. Booed and even mocked as arrived with his motorcade. It was here a few minutes earlier that Bobi Wine had passed while campaigning and the crowds were electric (see video below) #UgandaDecides2021,” shared Lord Abraham Mutai on twitter. 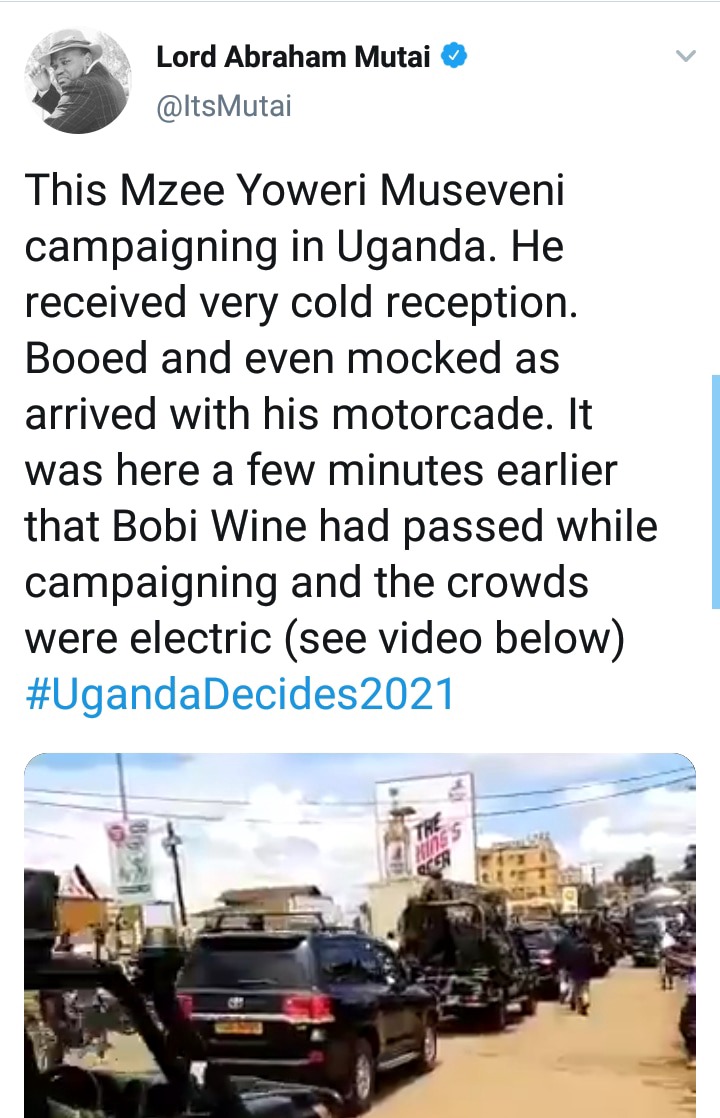 However, about 30 minutes earlier, Bobi Wine had passed the same place and brought it to a standstill. He pulled a huge crowd which came out dancing, praising him. Bobi Wine spend some time there after his entourage was blocked by the elated crowd. He could be seen in the video dancing and cheering his fans.

“This is Bobi Wine in the same place about 30minutes earlier,” shared Lord Abraham Mutai in another tweet. 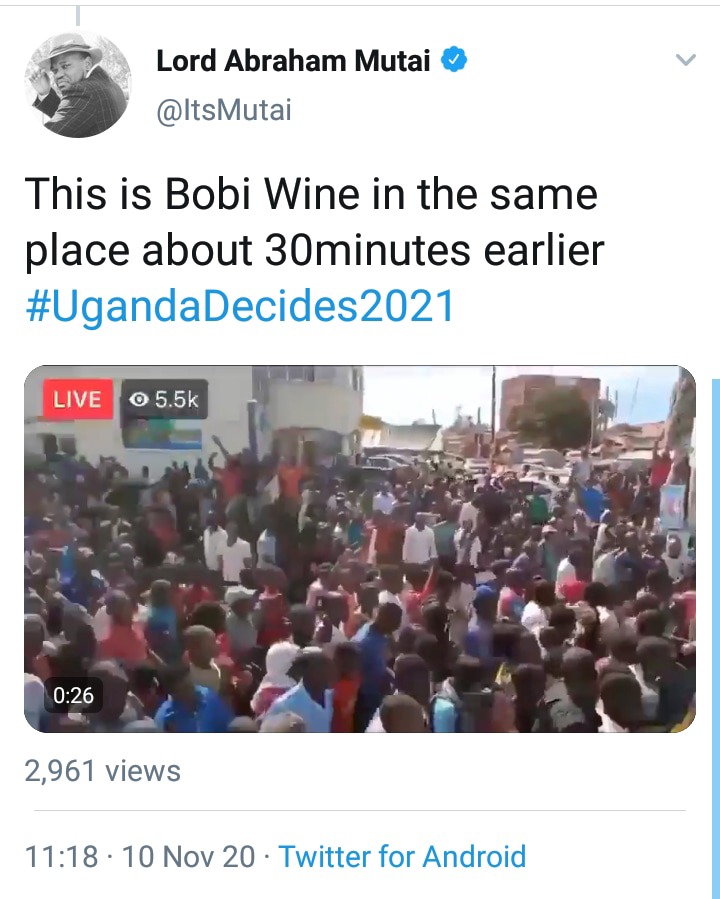