Herman Manyora Exposes IEBC, Reveals What IEBC Failed To Scrutinize From The Servers

By Louiseuwera (self media writer) | 16 days ago 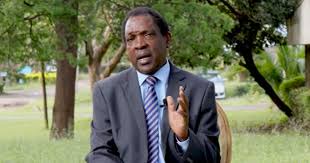 Political Analyst Herman Manyora in a reply to one if his loyal fans has revealed what the Independent Electoral And Boundaries Comission led by the Ex Chairperson Wafula Chebukati failed to scrutinize while they were looking at the servers.

" How many form 34As of book 2 of 2 were missing from the scrutiny of 50 polling station? How many ballot boxes were tampered with? But you can choose to delude yourself ", reads a statement from Political Analyst Herman Manyora on his official Twitter page.

This comes also a day after Orange Democratic Movement Party leader Raila Odinga had said that his victory was stolen.

Content created and supplied by: Louiseuwera (via Opera News )