By ANALYSTFELO (self media writer) | 6 months ago 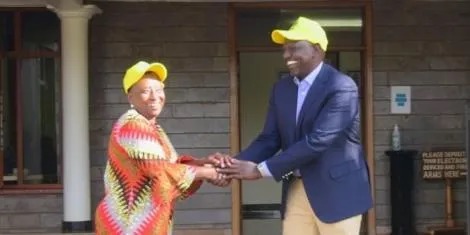 The Makueni county deputy governor madam Adelina Mwau has revealed that she was demoted after she joined the United Democratic Alliance party.Addresing the media today Monday 31st of January,Mwau stated that she received a letter from the county government informing her that she was no longer on in charge of the county's health docket.Adelina accused governor Kivutha Kibwana of intimidating her adding that some staff were also withdrawn from her office. 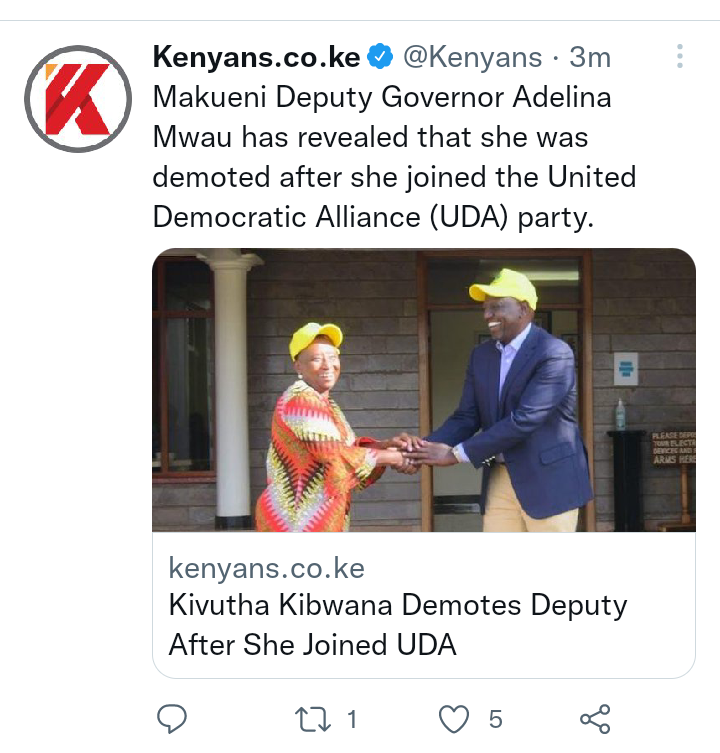 Madam Mwau joined the deputy president William Ruto's UDA party on 25th of January days after governor Kibwana annouced that he would support the former prime minister Raila Odinga's presidential bid."I got a letter stating that am no longer the minister of health in the county.My staff who were working in the communications office are also taken away.That is intimidation and the governor is well known in the world as a protector of human rights,"she stated.She added that she was surprised by the actions of her boss stating that her demotion would taint the image of the governor.

Photos of Kenya Kwanza Top Leaders at Bomas of Kenya