By IamTheRealest (self media writer) | 3 months ago

The quest of increasing popularity by most politicians is on fleek. Several Leaders are finding out ways to convince voters to elect them in the coming general election. The Deputy President William Ruto today took his rally in Bungoma. He was accompanied by his latest Allies ANC party leader Musalia Mudavadi and Ford kenya party leader Mosses Wetangula. The Three are on motion to make it known that they will have the next government but only if elected. The Dp was confident enough and said that he will win the election despite the fact that his major opponent is a generation of deep state. To him (Dp Ruto) he saw that is like nothing. “There's nothing like 'deep state or system', we'll beat Raila in August.” Said the Dp. However, this has been a word used even by his opponent. Upon hearing that, the crowd were overwhelmed with joy in Bungoma. 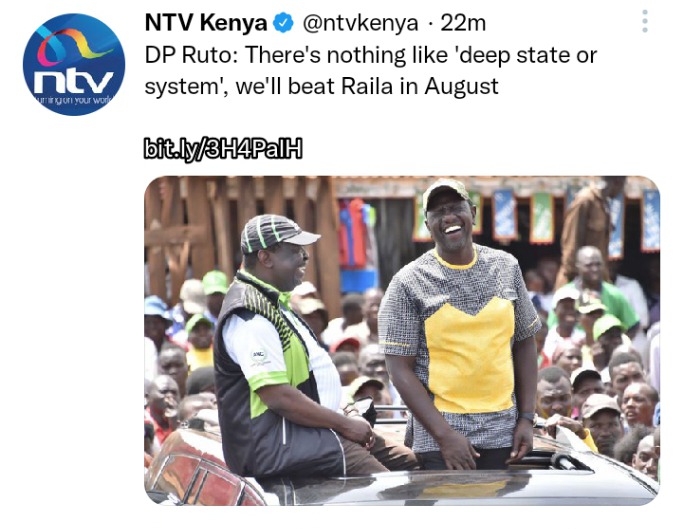 It was just that moment that the duo believe that they had taken over. Even though the shouts were not as expected but Hon Mudavadi quoted in his Twitter post that “Bungoma has decided.”

Big Blow To Azimio Party As Sauti Sol Threatens To Sue Raila Odinga, This Is How Raila Reacted