Mp John Njuguna Changed Of Life From A Hustler To Leadership 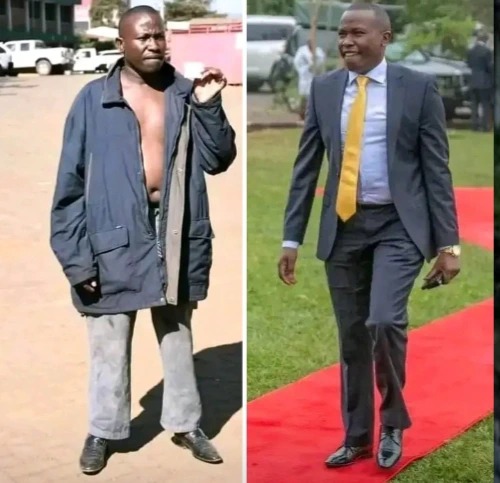 John Njuguna, better known by his nickname, Kawanjiku, is a political novice who rode the so-called "hustler wave" from obscurity into parliament on the UDA ticket in the Kiambaa.

He ran in the Kiambaa by-election, which was a genuine battle between dynasties and hustlers, and won, outpolling Jubilee candidate Kariri Njama, who was supported by the party of outgoing president Uhuru Kenyatta.

This Kiambaa seat has been held by political dynasties since Independence, making the campaign for its re-election particularly challenging. During the presidency of Kenya's founding father, Mzee Jomo Kenyatta, (1963–78), the Kiambaa clan was led by the legendary chief Mbiyu Koinange. Njenga Karume served as an MP in Kenya under the administrations of presidents Moi and Kibaki. They were Kamau Icharia during Moi's misrule, Stanley Githunguri during Kibaki's presidency, and Paul Koinange during Uhuru Kenyatta's time in office as the fourth president.

Changes in Kiambaa's life narrative are captured in this image. Mr. John Njuguna is the Member of Parliament for the Kiambaa constituency in Kiambu county. From hustler to authority figure.

The inspiring tale of how God rewrote the course of this great leader's life is now a beacon of hope for those who feel their own lives haven't gone as planned. Each new day is a chance to start over, so be patient and believe in the process. A way will be found, and things will work out for the best, and this picture is proof that it will happen in everyone's lifetime.

We appreciate you taking the time to read this. Do what I say and don't get hurt.