Itumbi cited that a meeting convened by Governors Allegedly failed after they Failed to agree on the uniform amount each should contribute towards Odinga's Campaign kitty. He Said that a proposal was made that each governor should contribute 10m to 15m where members disagreed. He said that some complained that the amount is too high.

"ODM - Azimio was whipping Governors to raise a Kitty to finance Raila Odinga's Campaign.In the meeting, some ODM Governors, proposed that each Governor contributes between Sh. 10m to 15m." Itumbi Claimed.

He went ahead to say that the governors planned for another meeting to continue with the same deliberations after they fail to reach an agreement.

"Embu Governor however insisted on a lower figure saying he was comfortable with Sh. 2 Million.The meeting failed to agree on a UNIFORM figure and  agreed to have another meeting." Itumbi Added. 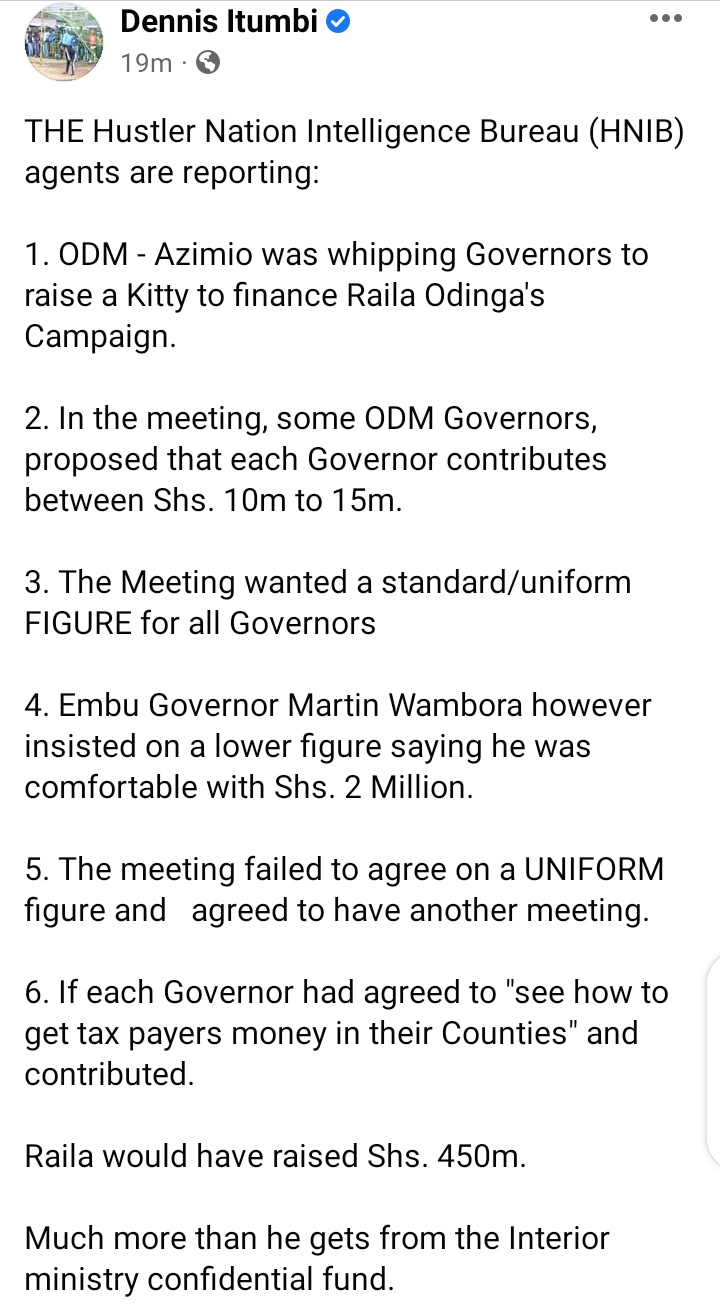