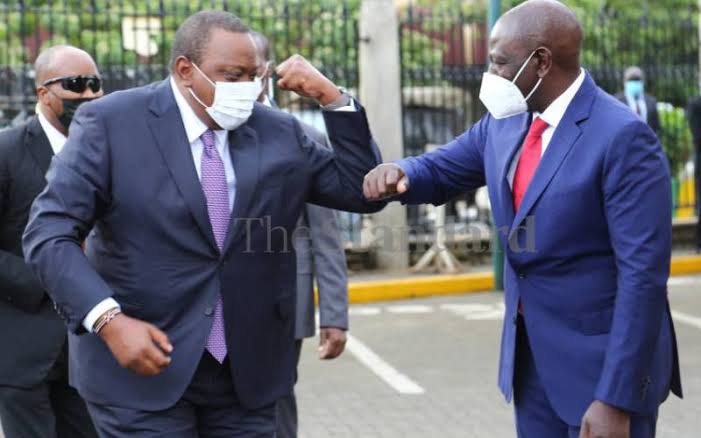 Bungoma senator Moses Wetangula has revealed a new job Outgoing President will land in Ruto's government in coming days if the Supreme court will not nullify the just concluded general elections.

Speaking in Kandunyi costituency yesterday while addressing mourners, Wetangula who was bragging on how they won the polls and how will be the third in command as he is eying the National Assembly speaker, asked President Uhuru Kenyatta to acknowledge Ruto's victory as he explained the job he will land in the Kenya Kwanza team.

Wetangula stated that Ruto will give President Uhuru Kenyatta an international assignment to go outside the country in helping Ruto's government with international duties including overseeing elections in foreign countries. 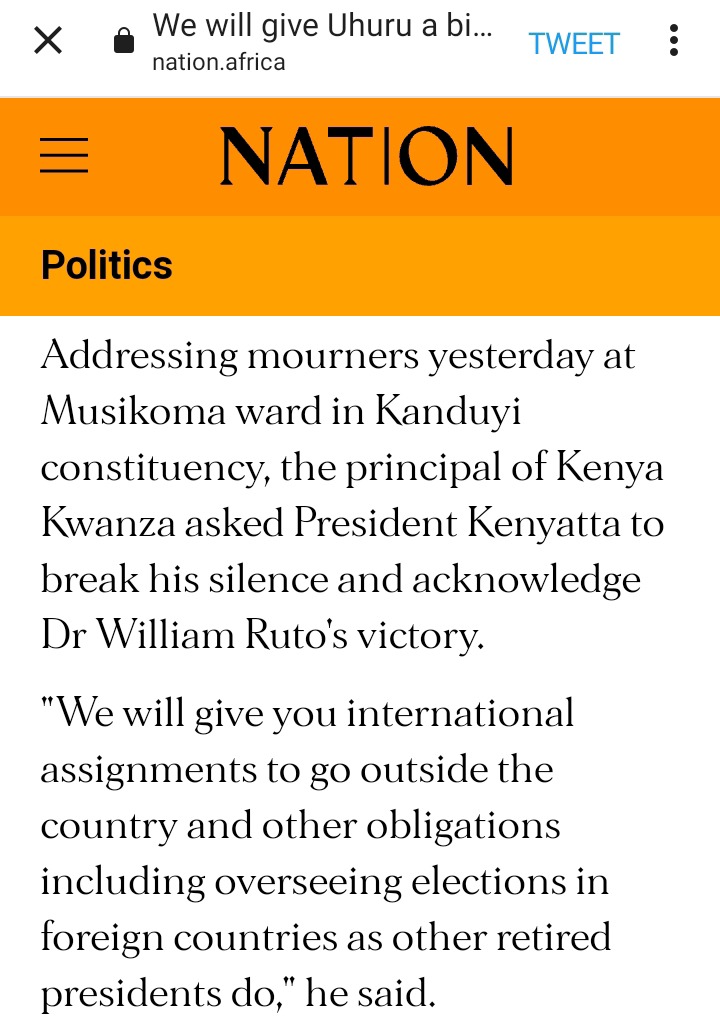 Wetangula however, called President Uhuru Kenyatta to acknowledge Ruto's win so as to ensure a smooth transition of government. This comes at a time when Azimio team is headed to Supreme court to challenge Ruto's win.

President Uhuru who was the chair of Azimio is still reluctant in acknowledging Ruto as the president elect five days after he was announced by Wafula Chebukati.