Few months ago, Kirinyaga governor Ann Waiguru hinted that she might be making an exit from the ruling party Jubilee and joining DP Ruto's party UDA. Waiguru was speaking to Kirinyaga residents when she asked them if they were going to vote for her for a second term if she came back with a different party.

Speculations have been alleging that Waiguru might be headed to UDA and throw her support behind Deputy President WIlliam Ruto in the 2022 general elections.

And now, fresh reports dated 23rd October by Nation has revealed that indeed DP WIlliam Ruto has a hand in Waiguru's decision to move to UDA. 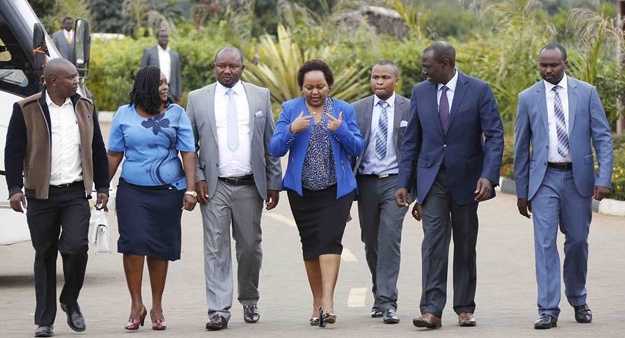 Initially a staunch supporter of the President, the first term county boss has been seen to shift her allegiance, admitting that UDA is deeply rooted in her county and abandoning ODM boss Raila Odinga, Uhuru's apparent preferred successor, in the process.

And while she has said that she is only listening to what her people are telling her, it has now emerged that she could be giving in to pressure from Ruto, who wants her in his camp ahead of next year's polls.

The Nation was told that the DP, through his strategists, has been pursuing her in a bid to bring her into the 'Hustlers' camp, efforts that seem to be working so far, as she has begun praising UDA. 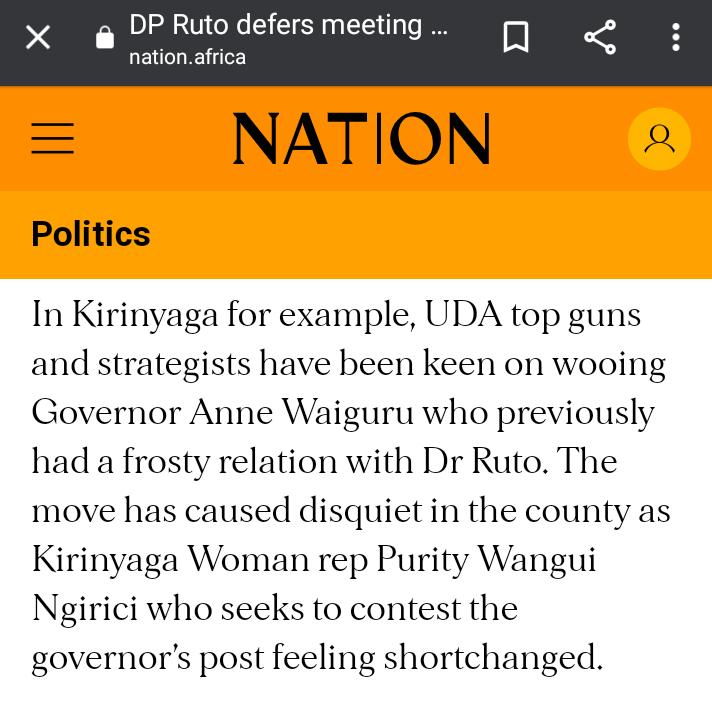 Waiguru has admitted that majority of the residents in her county are supporters of UDA, hence her decision to change her political direction as she will need them to defend her seat.

"If they question this, I will say that my people directed me to join their party of choice,” she said recently, after residents of Thiba Ward told her to ditch Jubilee and join the Ruto-led outfit.

Waiguru has many times confessed that the ruling Jubilee party is losing grip in her region, and if something isnt done quickly, it will completely lose meaning in the region. 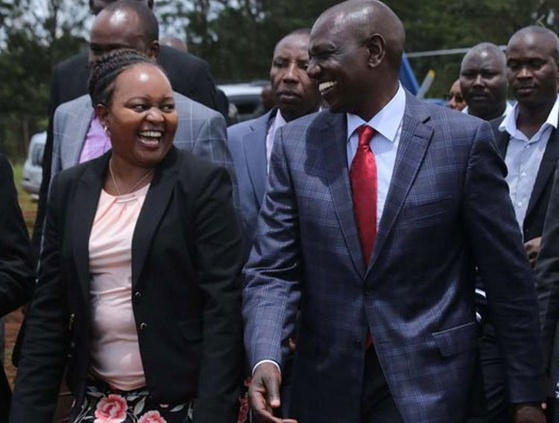 But her change of heart has irked area Woman Representative Purity Ngirici, who is keen on unseating her on the UDA ticket, and who has now hinted that she could be on her way out of UDA.

Waiguru's change of heart has also seen her abandon Raila's presidential campaigns, considering that she was among the first ones to suggest that he can get the Mt Kenya vote despite hard sell claims.

She made the remarks while accompanying Raila to Nakuru for the launch of his 'Azimio La Umoja'. She has since gone a miss in Raila’s campaigns.