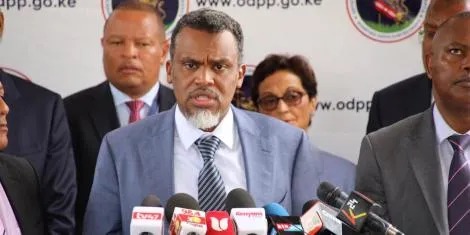 The Office of the Director of Public Prosecutions has dismissed a letter circulating on social media platforms purporting to invite Deputy President William Ruto to testify in the Ksh21 billion Arror and Kimwarer dams scandal.

In a statement dated Friday, October 22, the ODPP stated that Ruto had not been summoned to testify in the ongoing case as the letter had indicated.

According to the letter, which raised questions online, the DP was supposed to be a prosecution witness and offer insights into the Arror and Kimwarer dams scandal.

But the DPP urged members of the public to ignore the letter adding that his office had not issued such an invite to DP Ruto and copied the same to President Uhuru Kenyatta.

"The above letter circulating on social media is fake. We wish to state that no such letter has been written in relation to the Arror and Kimwarer case," the DPP said.

The letter had been copied to Uhuru and requested Ruto to participate as a prosecution witness in the ongoing matter. It had also pointed out Ruto's statements on the dams scandal when he stated that only Ksh7 billion was lost.

In February 2019, DP Ruto denied reports that Ksh21 billion allocated to the two dams was lost, adding that the money in question at the time was about Ksh7 billion and every cent had been accounted for.

“You have heard for example that the government has lost Ksh21 billion in the Arror and Kimwarer dams which is a flat lie. The money in question is about Ksh7billion and for every coin that has been paid, we have a bank guarantee,” he stated.

“And, therefore, the correct information must be used as we target the war on corruption so that we can nail the true suspects,” the DP added. 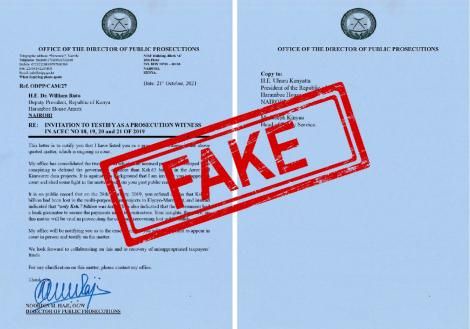 DP Ruto urged investigative agencies to share the correct information with members of the public in the war against corruption noting that sharing inaccurate details left room for doubt.

“Sometimes when we say Ksh9 billion has been lost and then when we go to court it is Ksh100 million, the public is asking, what happened to Ksh8.1 billion and we shoot ourselves in the foot. The correct information must be used as we target the fight against corruption so that we can reel in the true culprits,” he explained.

The DPP through a special prosecutor, Taib Ali Taib, and Deputy Director of ODPP, Alexander Muteti, submitted to amend the case by combining Rotich's case with that of former Kerio Valley Development Authority (KVDA) Managing Director, David Kimosop, following a review of the two graft cases.

The amendments seek to drop the number of accused people from 18 to 9 and reduce the counts from 40 to 30 in the two matters. 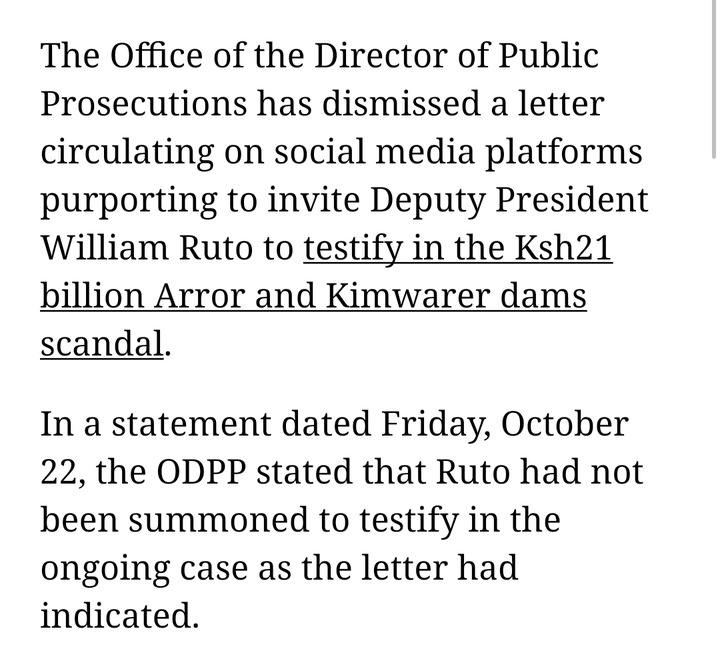