While muscling and unleashing the community networks to dub electorates into her vote-hunting basket, Agnes Kagure's supporters have officially unveiled campaign machineries and announced the campaign itineraries to popularize Kagure's candidature within the city.

Ushering in a new month, in a style, Kagure noted that July, not only depicts the transition month for second half of the year but also ushers in the final stretches of her victory for Nairobi race.

"This July is special. It hasn't just transitioned us to our second half of the year but it has also ushered us to our final stretch of victory for Nairobi" she noted

"I'm thankful to my team members who have taken it upon themselves to go the extra mile and activate grassroots coordinators of the Agnes Kagure Mashinani Chapters to deliver their best as we draw closer to our victorious finish line" Kagure expressed gratitude to her campaign team. 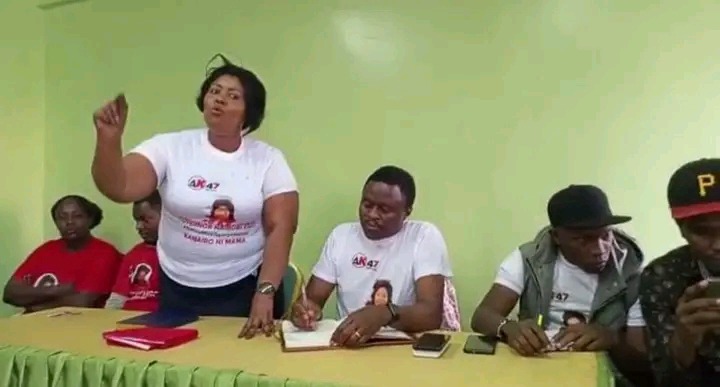 She was at the helm to witness the expansion of "Team Kagure Grassroot Foot solderiers", who are tasked to market and sell her agenda at the ground level, in all 17 Constituencies that comprises of 85 wards.

"I'm also rejuvenated to witness the expansion of our team at the grassroots, largely due to the selfless work being done by our 17 sub-county coordinators and their 85 respective ward coordinators, along with volunteer groups who like many others, recognize that this race is no longer about me, but about us, you included" she added.