By Gramoh (self media writer) | 1 month ago 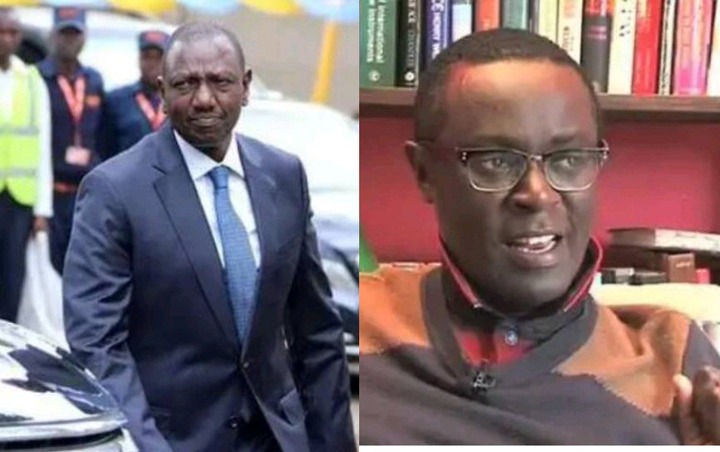 Mutahi Ngunyi on twitter claims that the deputy president William Ruto his running mate has to be a kikuyu.He continued by saying that between 1964 and 2032, Kikuyu- and Kalenjin community will Rule Kenya.

Then in 2032,the Kikuyu will tell Ruto to pay his debt and put a kikuyu until 2042. This is what he posted on twitter,

Another fan replied saying,"We won't oscillate between my Kenya and riftvalley.That's what the head of state has said. We are there at the middle. No more relay between the two communities." 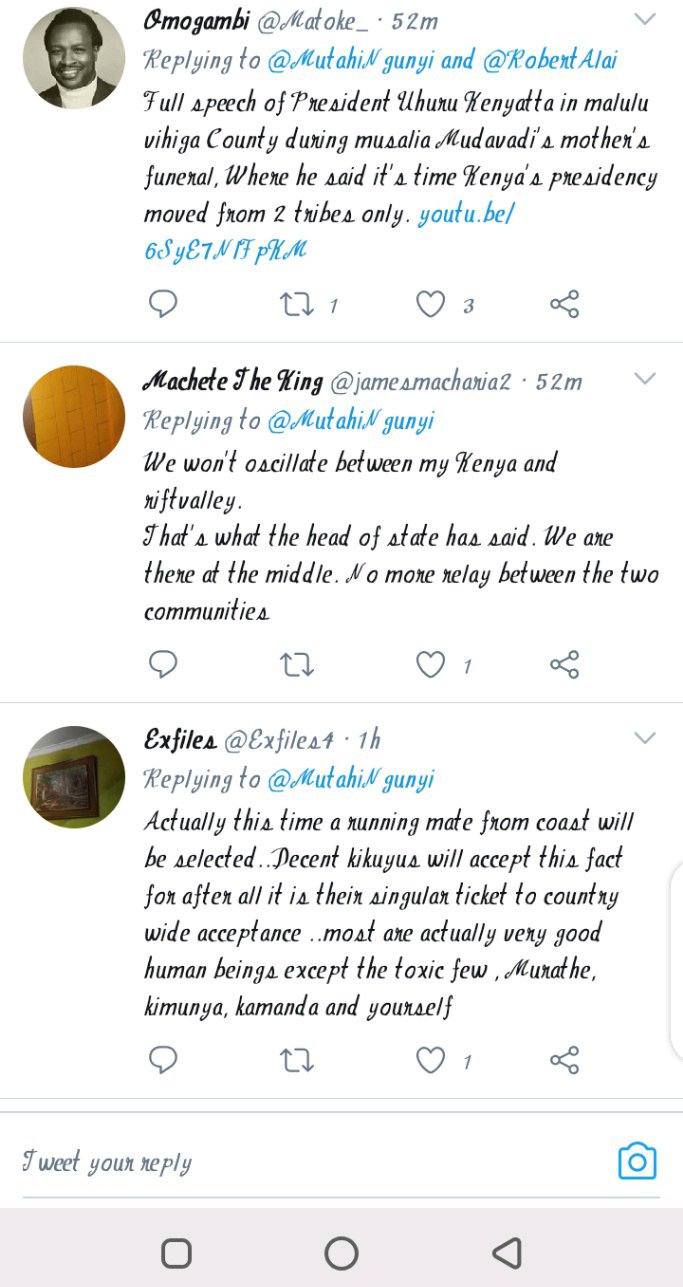 Another fan replied saying,"Actually this time a running mate from coast will be selected..Decent kikuyus will accept this fact for after all it is their singular ticket to country wide acceptance ..most are actually very good human beings except the toxic few , Murathe, kimunya, kamanda and yourself."

Content created and supplied by: Gramoh (via Opera News )