The main headline delves into the misuse of CDF funds by close to 70 members of Parliament as revealed by the auditor general Ms Gathungu.

According to her report, Gathungu notes that most CDF projects especially in schools haven't been completed.

In other revelations, some bursery disbursements to Secondary schools and tertiary institutions are marred with irregularities with others missing Supportive documents.

In another story, Collin Powell who served as the first black African secretary of state in the US government has died at age 84. 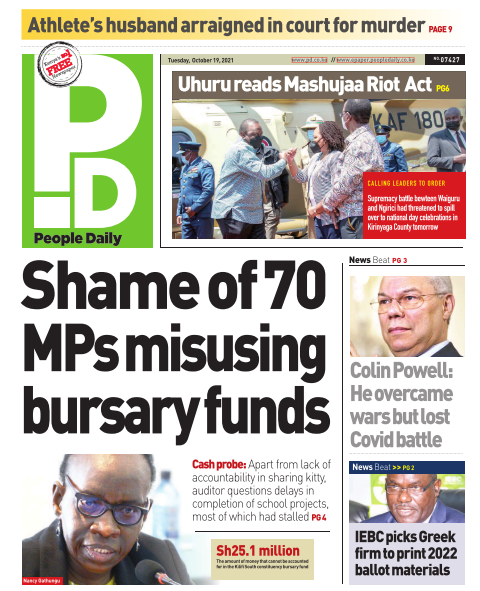 As Ruto crisscrosses the country fundraising for churches and launching other initiatives, his absence in his Political backyard has been felt.

Ruto is fond of holding meetings with various delegations from various parts of the country except those from his Political base.

The feeling that rift valley is already under lock could be making the DP to ignore the region as he concentrates in areas where he not popular.

In another story, the ODM leader continued his vote hunting mission in Meru where he got Support from Meru governor Kiraitu Murungi and agriculture CS Peter Munya.

Raila took the opportunity to promise the residents of his elaborate plans to find markets for miraa.

And in sports, EPL Giants Liverpool will tonight play la liga side athletico Madrid in a UEFA champions match. 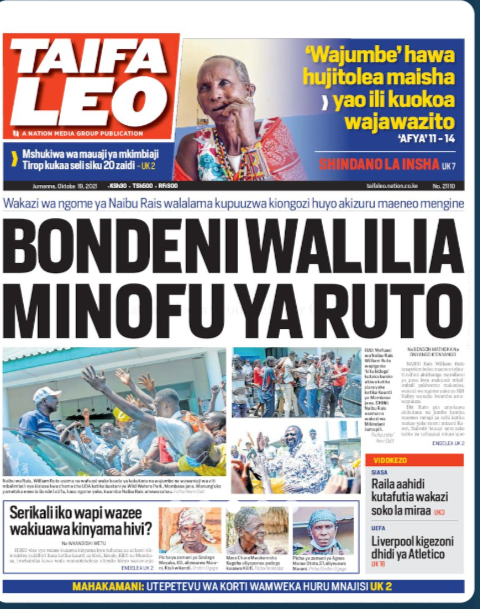 The nation Carries a story on the war of words between the president and his Deputy William Ruto.

Whereas Ruto accuses his boss of abandoning him and calling him Names even after helping him become president twice, Uhuru yesterday revealed that he will soon kick out corrupt leaders from his government.

Although the president doesn't have Powers to fire Ruto, he can use other methods to remove him from office.

President Uhuru Kenyatta has already indicated that he will not relinguish power to corrupt leaders.

The two leaders' relationship has been deteriorating in the recent past to the extent that they rarely meet.

Uhuru is reportedly keen on ensuring that ODM leader Raila Odinga inherits him when he leaves office in 2022. 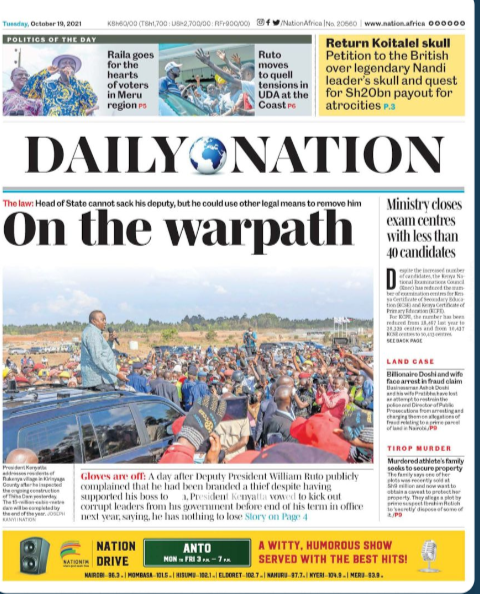 The Standard focuses on Uhuru's plea to mount Kenya people yesterday whereby he urged them to wait for his signal on who to support in 2022.

He warned them aggainst some leaders who are currently misleading them about his promises to the regions saying that his government will fulfill it's promises.

The president is at Statehouse Sagana having gone there ahead of this year's mashujaa day celebrations.

In another story, deputy president William Ruto has warned UDA aspirants against chaotic campaigns. Ruto promised the aspirants in mombasa that party nominations will be free and fair. 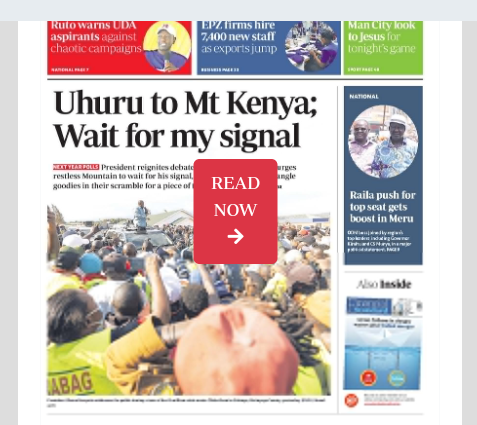 The wold bank has delayed disbursement of Ksh 14 billion that was supposed to be used in buying Covid-19 Vaccines. 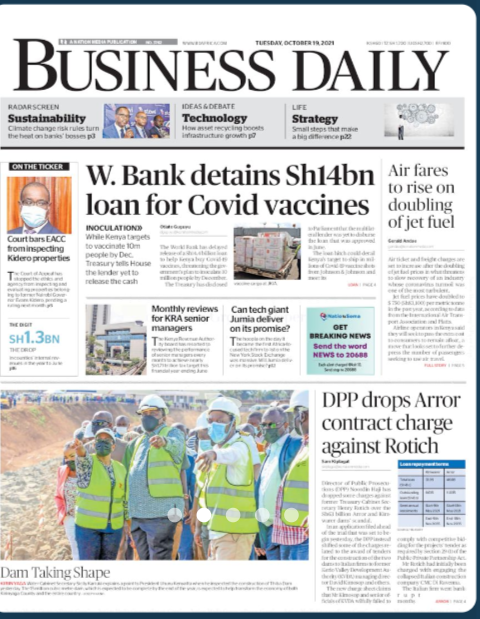 Why People who are Treated Differently in a Family Become Special