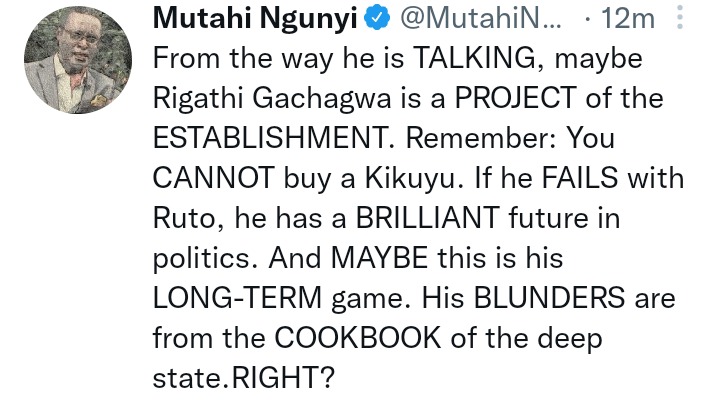 Mutahi Ngunyi has been a serious critic of DP William Ruto and his deputy terming them as incompetent leaders to lead this great republic. According to Mutahi Ngunyi the blunders of Rigathi Gachagua are from the cookbook of the deep state. Gachagua has been a serious supporter of DP William Ruto from Mt Kenya despite attacks from his close people from the region but his picking has changed alot as the ground is believed to have been changing on a positive trend. 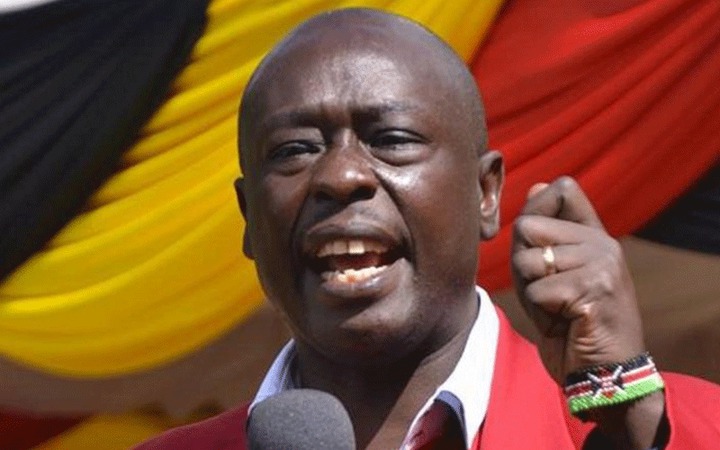 However, according to political analyst Mutahi Ngunyi, Rigathi Gachagua and his master DP William Ruto will not change the minds of the people of Mt Kenya and that they won't stand with him as it has been their routine. They will stand with the decision of President Uhuru Kenyatta who is backing Hon Raila Odinga. However, Mutahi Ngunyi's allegations has sparked a mixed reactions online 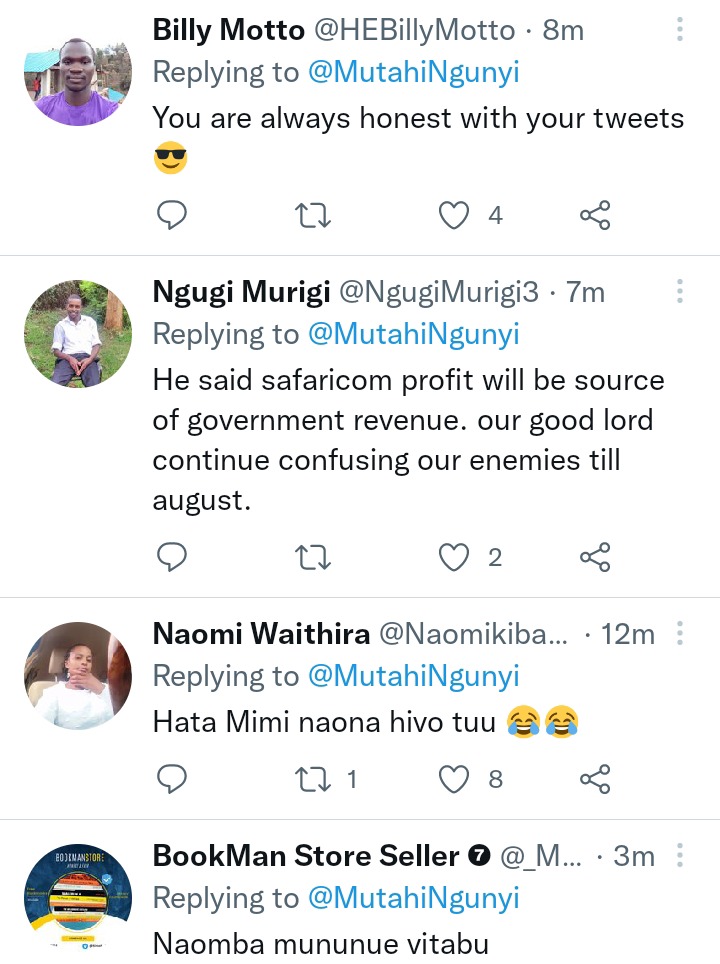