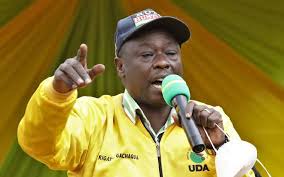 Rigathi Gachagua has been dominating headlines in the country for a period of time now. Ever since he was picked as Deputy President William Ruto's running mate in the presidential race in the August 2022 general election, the Mathira Member of Parliament has been on the eyes of many people who have been following closely his moves.

In recent days, many people have also been following closely Rigathi Gachagua's speeches with some people claiming that the popular MP is ruining DP Ruto's votes with his careless outbursts and today, he raised eyebrows in the country and the UDA party after he publicly endorsed Moses Kuria for the Kiambu county gubernatorial seat.

Through his official twitter account, Rigathi Gachagua publicly stated that Moses Kuria has his prayers meaning that he endorsed his gubernatorial candidature yet the UDA party fielded Kimani Wamatangi for the same same position. 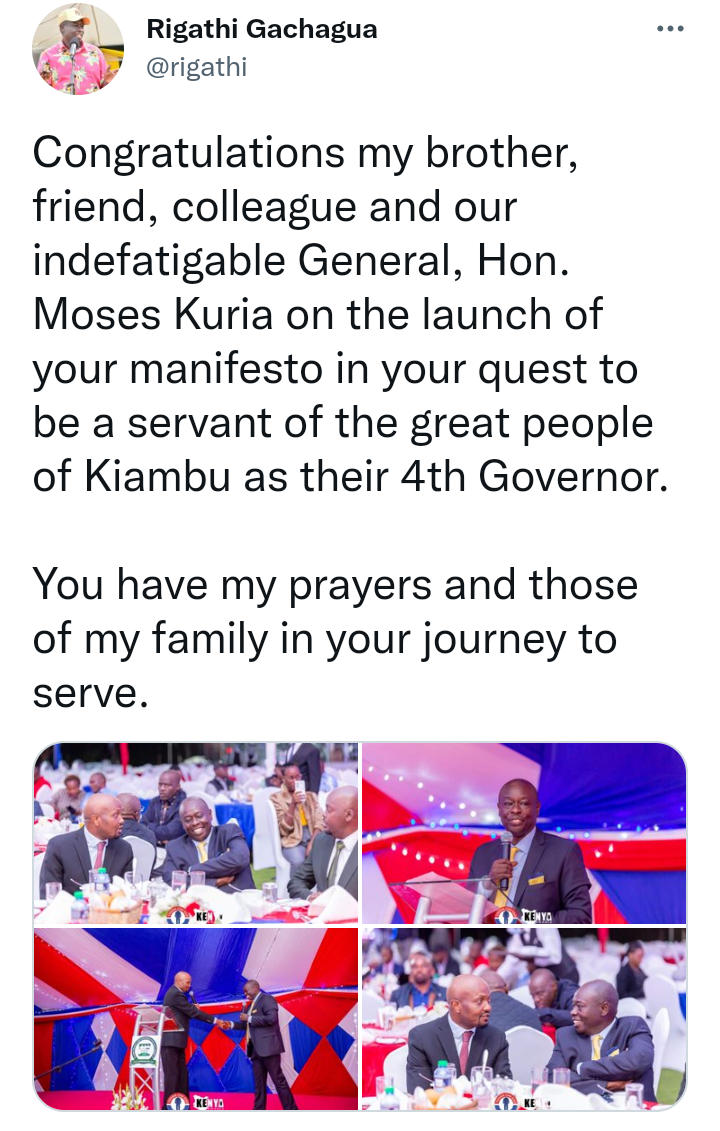 That comes a few days after Rigathi Gachagua was heavily criticized by other Kenya Kwanza parties for calling on Kenyans to vote 'six-piece' for only UDA members.