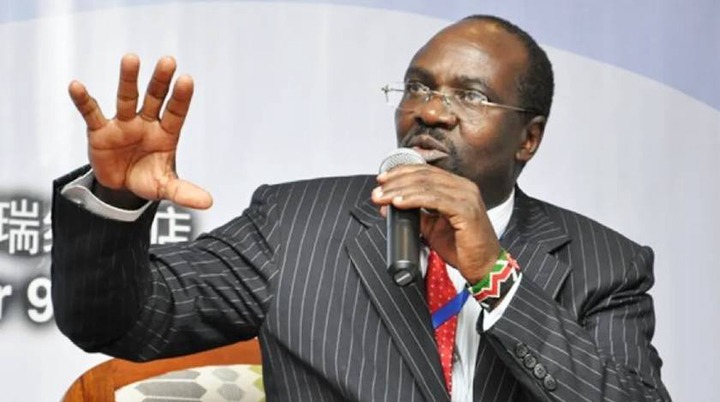 Professor Peter Kagwanja who was strongly in Azimio before the elections has heavily castigated Uhuru Kenyatta for remaining silent even after Ruto's win. According to Kagwanja, Uhuru Kenyatta is embarrassing himself for Ruto has received congratulatory messages from over 20 heads of state. 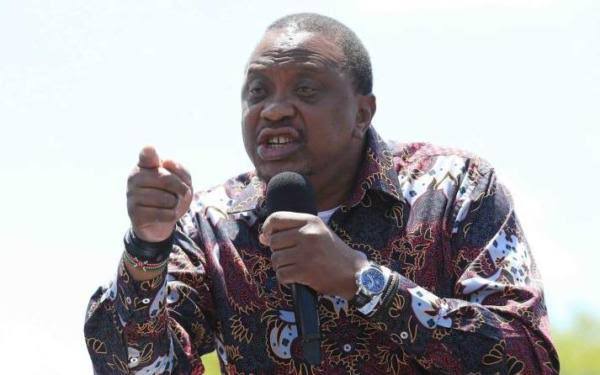 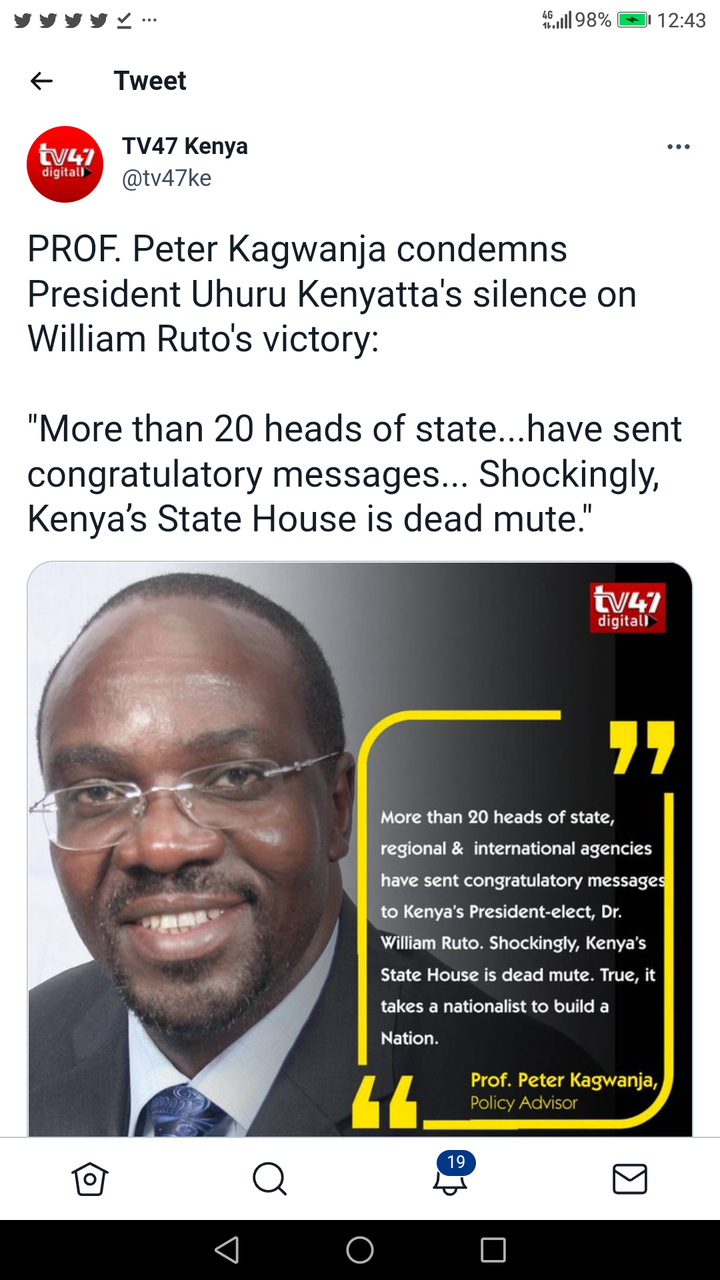 According to Peter Kagwanja, it's shameful to see the head of state refusing to congratulate his predecessor. He is clear, the advisers of Uhuru Kenyatta are letting him down. He is clear that Uhuru Kenyatta is indeed tearing the country apart despite him being a symbol of national peace.

According to Kagwanja, it takes a nationalist to build a nation for Uhuru's latest behaviour is shocking not only the continent but the whole world. Uhuru Kenyatta was keen to deny Ruto victory but he failed after the latter won decisively even in president Uhuru Kenyatta's own backyard.

According to Kagwanja, Uhuru's latest habit and behaviour is not African and it's petty and primitive. Kenyan statehouse has remained mute and mum since the declaration of the deputy president William Ruto as the president elect after he got majority of the votes.

Reactions As Vocal MP Misses Ruto's Event in His Constituency

"You Are Poor At Heart" Ahmednasir Reacts to What Hon. George Kaluma Said About Ruto’s Homabay Visit

Video: What Ndindi Nyoro Said About Homabay Residents And Ruto's Plan To Them

Photos: Crowd That Blocked DP Ruto's Motorcade in Homa Bay on his Way from Church