Atwoli who was supporting the Azimio One Kenya Leader Raila Odinga in the previous general elections had played down the significance of Musalia Mudavadi in Uniting the Luhya community. He had described Mudavadi as weak to lead the Mulembe Nation.

Now after holding a meeting with President Ruto on Thursday, Atwoli now seemed to have changed his stand as he urge the Luhya Nation to rally behind Musalia Mudavadi. He said that Luhya need to stand together and speak with one voice.

Atwoli also hailed President William Ruto terming him a smart leader. He asked the Luhya community to rally behind him. He said that if Ruto was able to beat them in previous elections where they even had President Uhuru Kenyatta, nothing will make him not win in 2027. 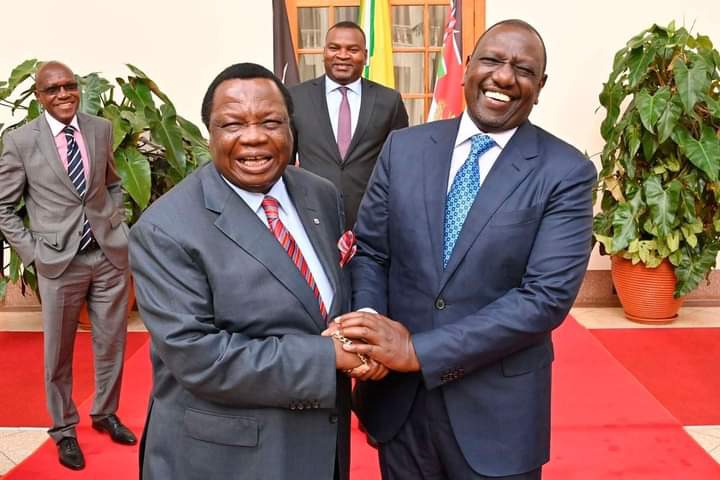