By Tetto (self media writer) | 4 months ago 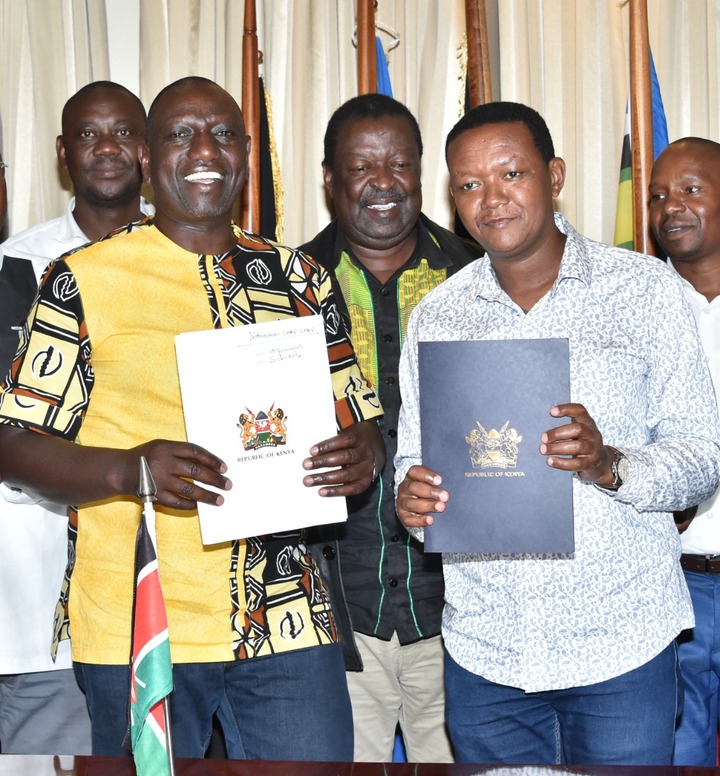 President Uhuru Kenyatta and his deputy William Ruto are currently charting forward their own political paths as it becomes apparent that the head of state will not be supporting his deputy in the coming general elections and instead, he will be supporting ODM party leader Raila Odinga.

And now, details have emerged of a previous plan to impeach the deputy president from office in the recent past following the frosty relationship he had with president Uhuru Kenyatta.

Koech however says that the deputy president has huge numbers of legislators allied to him in both houses of parliament and that this is the main reason why the motion to oust him as the country's second in command did not see the light of the day. 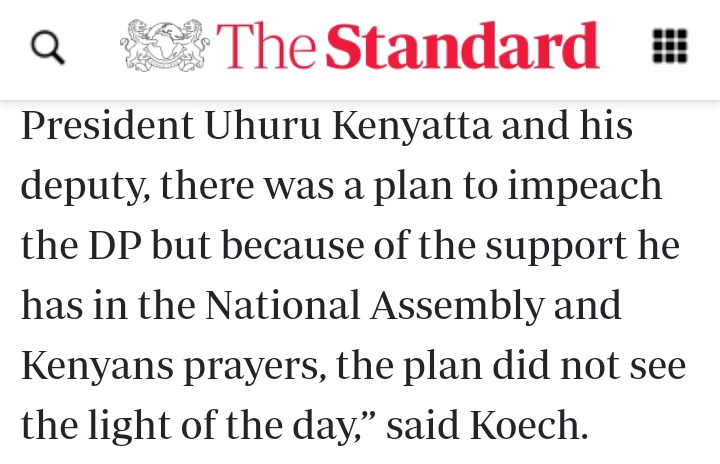 He also said that the constant prayers that kenyans have been making for the deputy president had come to his rescue even as he urged Rift Valley residents to shun independent candidates, and vote for UDA MPs to ensure Ruto has the numbers in Parliament when he becomes president.