By @aaron (self media writer) | 2 months ago 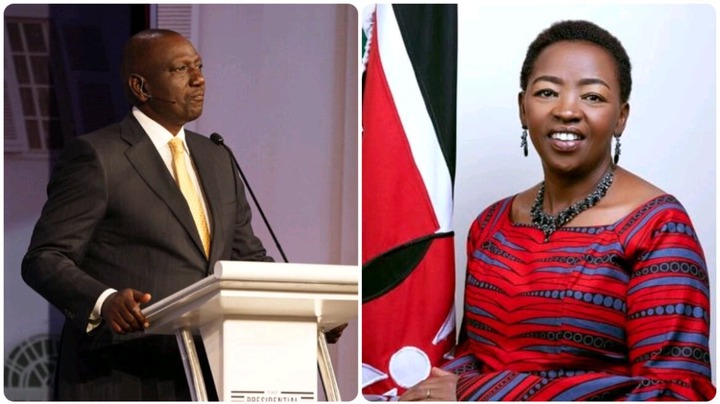 On September 29, Kenyan President William Ruto addressed the legislature for the first time.

Rachael, the wife of President William Ruto, showered her husband with love and vowed to never leave his side following his speech to the joint parliamentary session.

In her letter to the Head of State, the First Lady discussed President William Ruto's amazing rise to the presidency.

Rachel described how her husband had to start over from scratch when they were first married in 1991, which also happened to be the year that multiparty democracy was reinstated.

The First Lady went on to say that their only resources were each other, hope, and faith.

She said, "We didn't have much materially, but we had a lot of hope and faith."

She said that they had no notion that "Bill" would eventually reside in the white-walled house on the hills because they were just visiting a young family in Dagoreti at the time. 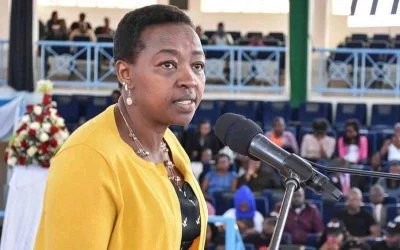 When I go back to those early years of nursing my own children and being acknowledged as a mother by many others, I would have laughed it off as a ridiculous joke if you had told me then that I would go on to become the first lady.

I could see myself in our Dagoretti starter home while I sat in Parliament today. The dream was similar to the biblical story of the mustard seed. pic.twitter.com/1h6fzCEm0x Mama Rachel Ruto of EGH (@MamaRachelRuto), September 29, 2022

She did admit, nevertheless, that Ruto's 1997 election to the Parliament from the Eldoret North Constituency had a permanent impact on their life.

"When Bill was elected as the MP for Eldoret North in 1997, at the age of 31, he had a small family to support, and that choice forever changed our family life. He took on additional leadership responsibilities as he slowly moved up the political ladder, she said.

The first lady said that even as Ruto began his road toward becoming the nation's leader, she would allow him to serve Kenyans and keep his promise to them.

Because of his new duties as President, I don't want to begin studying selfishness right away. I still want to be the Chebet he married thirty years ago, the First Lady declared.

What Kenyan Comedian Was Spotted Doing In Qatar [PHOTOS]

IEBC Commissioner Resigns After Ruto Suspended Him. Check What He Wrote In His Letter To Ruto