Who Heads The Three Arms of Government ?

By MauNews (self media writer) | 5 months ago

Government is defined as a group of people with authority to govern/ rule a country or a state. Former US President- Abraham Lincoln said government of the people, by the people and for the people. The three arms of government are :Parliament, Judiciary and the Executive.I was interested to find out who are the leaders of these three organs and where do they come from. Does it meet the regional balance? Let's find out.

Upon promulgation of the 2010 Constitution on 27th August 2010, Kenya has a bicameral parliament - The National Assembly (NA)and The Senate. The National Assembly headed by the Speaker, Justin Muturi who not long ago he was crowned the Mt.Kenya Spokesperson.This did not augur well with the other leaders from the region led by the Agriculture CS Peter Munya and Muranga Governor Mwangi Wa Iria among others. Only time will tell how their difference will settle. 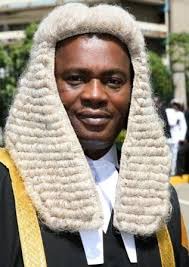 The Senate is headed by former Bunguma Governor, Ken Lusaka. The Speaker's position is elective but the lobbying that is done behind the scene is massive. It's a no brainer that the ruling party scoops both positions, the NA speaker and the Senate Speaker. 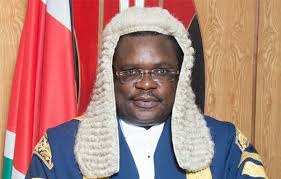 One question I asked myself is, "Which of the two houses is powerful or superior?" In my opinion, I would say the National Assembly is more powerful given the amount of resources controlled by the Members of Parliament (MPs). The MPs have 100 Million allocated to their constituencies. The Senate serves to protect the interests of the Counties. The Senators participates in the law- making function of Parliament by considering, debating and approving bills concerning counties. Since politics is about power and resources, I conclude that the National Assembly is superior. 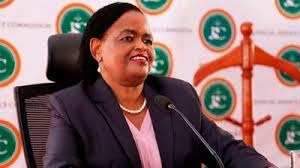 Judiciary is headed by Lady Chief Justice Martha Koome. She took over from the David Maraga.The CJ is vetted by the Judicial Service Commission and appointed by the President. Since the new first female CJ has not been in that office for long, there is nothing much to scrutinize. Let's give her time

The national executive of the Republic comprises the President - H.E Uhuru Kenyatta as the Head, The DP and other CSs. This post os elective. But one question we all ask ourselves is, "Was that general election credible,free, fair and square?" This question explains why the President had to have a handshake with the ODM Party Leader Raila Odinga to give him legitimacy. 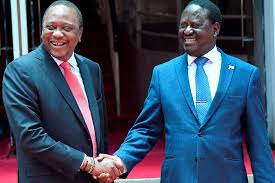 Looking at where all those leaders come from, what do you notice?

Let me see your comments at comment's section below. Thanks !

Content created and supplied by: MauNews (via Opera News )

Just Invite Ruto, Kenyans Reacts To Babu Owino's Call To Support Raila With One Million Each