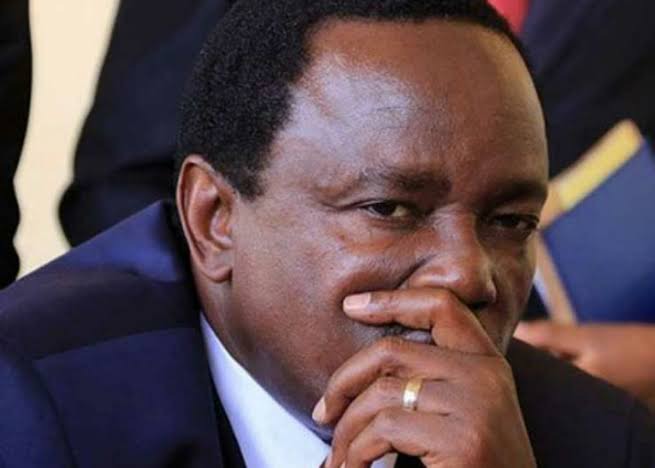 Wiper Party leader Kalonzo Musyoka has recently made huge political moves in a very short time. A fact that has surprised and confused foes and allies alike.

The Raila Odinga Campaign Secretariat Professor Makau Mutua has given out a list alleging Kalonzo's allies misleading him in political decisions. In the post he shared on his official Twitter handle, the Law Dean listed Makueni Senator Mutula Kilonzo, his Kitui counterpart Enoch Kiio Wambua and Makueni Member of Parliament Dan Maanzo.

The three, he noted, are on the high road toward ruining the political future and career of the former Vice President.

He, therefore, advised Kalonzo to dump them and remarked that democracy was about give and take. Seemingly insinuating that Kalonzo should cease his demands and work with Raila Odinga and Martha Karua in their bid to form government in August.

"Senior Counsel Kalonzo Musyoka has three advisors who have misled him. The trio of Senator Mutula Kilonzo Junior, Enoch Kiio Wambua and Daniel Maanzo are not good for him. The three are ruining his political career and future. He should ditch them. Democracy is about give-and-take. This is what extremists do not understand," he wrote on Friday evening.

Kalonzo had utterly refused to support Odinga after he failed to pick him as a running mate on Monday. He then began charting his own path by declaring his bid for the presidency and choosing Andrew Sunkuli as his running mate. However, reports note that he might be reconsidering the Chief Cabinet Secretary post Raila promised him for his support.