By The_Corridors (self media writer) | 8 months ago 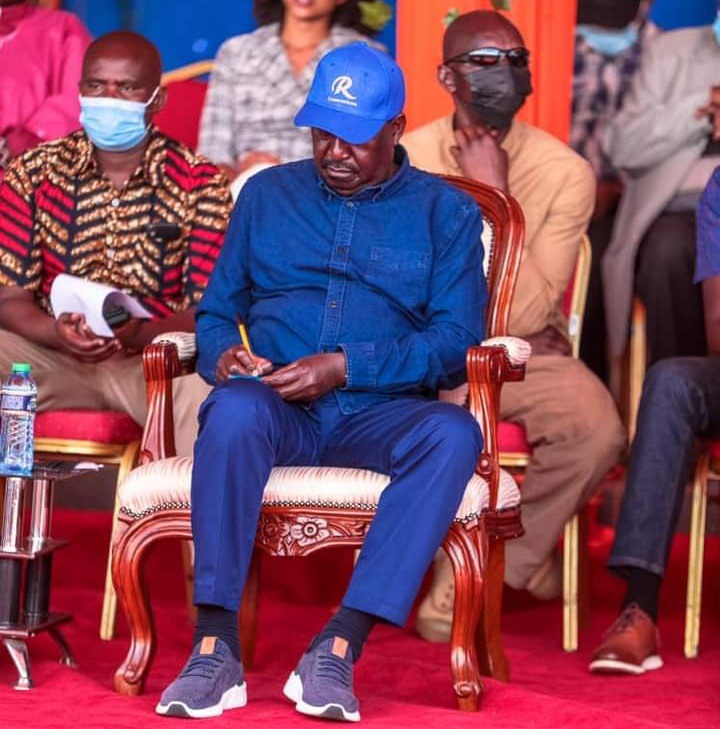 Speaking in Thika Town during the launch of his presidential campaign dubbed 'Azimio Mashinani' on Saturday, ODM leader Raila Odinga told the crowd that he is the brain behind the Thika Superhighway, the first superhighway in the whole East Africa.

Raila explained that by the time of the building of the superhighway, many houses were demolished and people complained. In his own words he claimed that the people thought he "wanted to grab their lands", but he told them that he wanted to build a larger road, which to him, he accomplished.

Raila also said that he is also the brain behind Kenol-Marua Road which was build in Uhuru's government. He also promised to complete all the projects started by President Uhuru Kenyatta.<https://fb.watch/aCqz-uUf4b/> 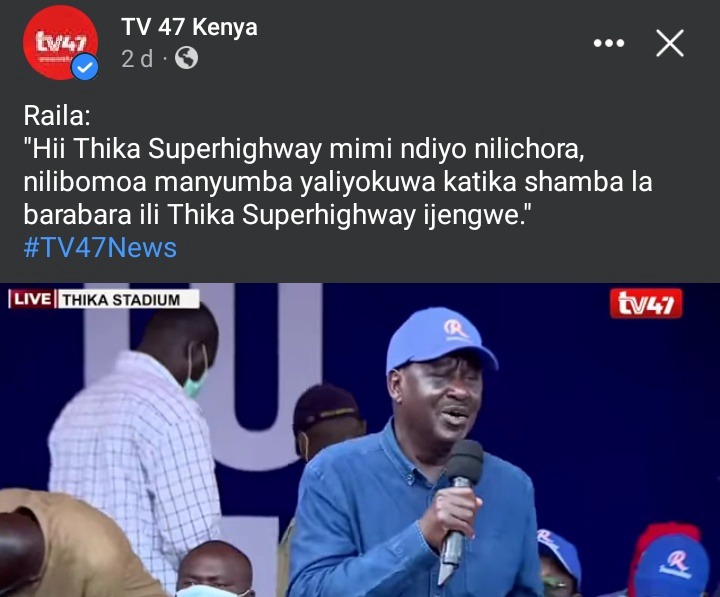 Responding to the claims by Raila Odinga, Speaker Justin Muturi who has also expressed interest for the presidential seat challenged the ODM supremo to "stop lying to the people of Kenya". He said that Raila's signature may not even be found in the ministry of Roads for being the brainchild of the Thika Superhighway as he(Raila) claims.

"There are leaders who only give history saying 'mimi ndo nilichora Thika highway', so what?

I can challenge you, If you go to the ministry you will not find his signature. Stop lying to us and tell the people what you will do," Muturi stated in a twitt today.

Muturi made the remarks after his meeting with leaders from Gatundu South, Kiambu County at Bedarin Hotel in Ruiru today.