Uhuru Ally Predicts What Awaits OKA Leaders, Reveals The Main Determinant of Who Wins The Presidency 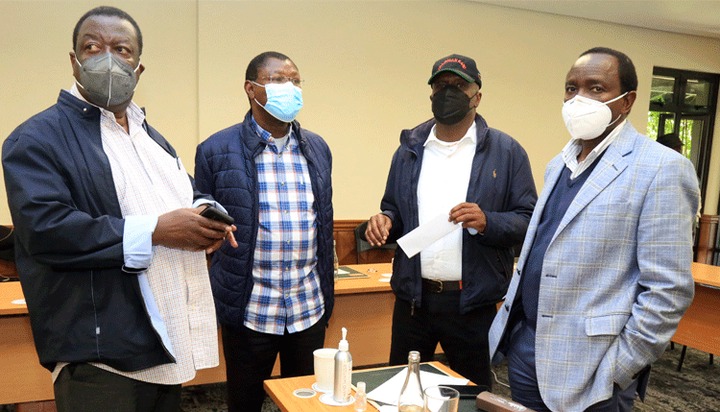 Deputy President William Ruto and Raila Odinga are considered as the front runners in the 2022 general elections and are already searching for votes as their counterparts in the OKA group drag their feet.

With less than ten months to the polls, Raila and Ruto have hit the ground, as Musalia Mudavadi (ANC), Wiper's Kalonzo Musyoka and Kanu's Gideon Moi stand their ground that they will go straight to the ballot next year.

Several political experts however argue that the leaders in OKA are not serious and do not have a clear political blueprint that will woo voters towards their side.

Speaking with the Star, Uhuru's ally and a Jubilee die hard Moses Ole Sakuda who is a former Kajiado West MP predicted that the OKA team will go nowhere if they do not unite and work with Raila.

He went on to state that the main influence of who wins the presidency in 2022 is President Uhuru Kenyatta's input, arguing that the recent remarks made in Kibra is a clear indication that Uhuru is backing the ODM chief.

"The President has hinted about the attributes of his successor and it is no secret who possesses those values; it is Raila. The political direction the President has taken will jolt the OKA chiefs unless they agree with his proposal."