Sunday Newspapers: Jubilee Must Lockout UDA in Kiambaa, We Must Unite or Perish, Kibaki Swearing-in

By Description (self meida writer) | 22 days In today's different newspaper editions, politics have taken the center stage as Kiambaa politics and Nasa rejuvenation takes shape. Below are the stories making headlines.

Next week on Thursday Jubilee Party and the United Democratic Alliance (UDA) will be flexing their political muscles in the Kiambaa parliamentary by-election battle. This comes ahead of the next year's polls. The contest between Kariri Njama of the Jubilee Party and Njuguna Wanjiku of the United Democratic Alliance (UDA) is too close to call as both appears to have equal support.

This by-election is a litmus for the Tangatanga and the DP Ruto to determine their influence within the Mt Kenya Region.

The results of the by-election in Kiambaa Constituency will be a determinant of whether Jubilee has maintained its influence or if it has lost it to the UDA.

According to the Sunday Standard, Jubilee must lock out UDA in Kiambaa constituency by-election. This is because anything short of victory will show dwindling support for the president Uhuru Kenyatta which may mar his succession plans.

In another political story on the Sunday Standard, Raila Odinga has called upon his fellow Nasa partners citing that it is the high time they unite or else they perish. This comes as Raila sets stage for the state house race. Since 2017 the relationship between Odinga, Kalonzo, Musalia Mudavadi and Moses Wetang'ula has been characterized by mistrust. However, Odinga has promised that communications are underway to come up with revamped Nasa ahead of 2022 general election. 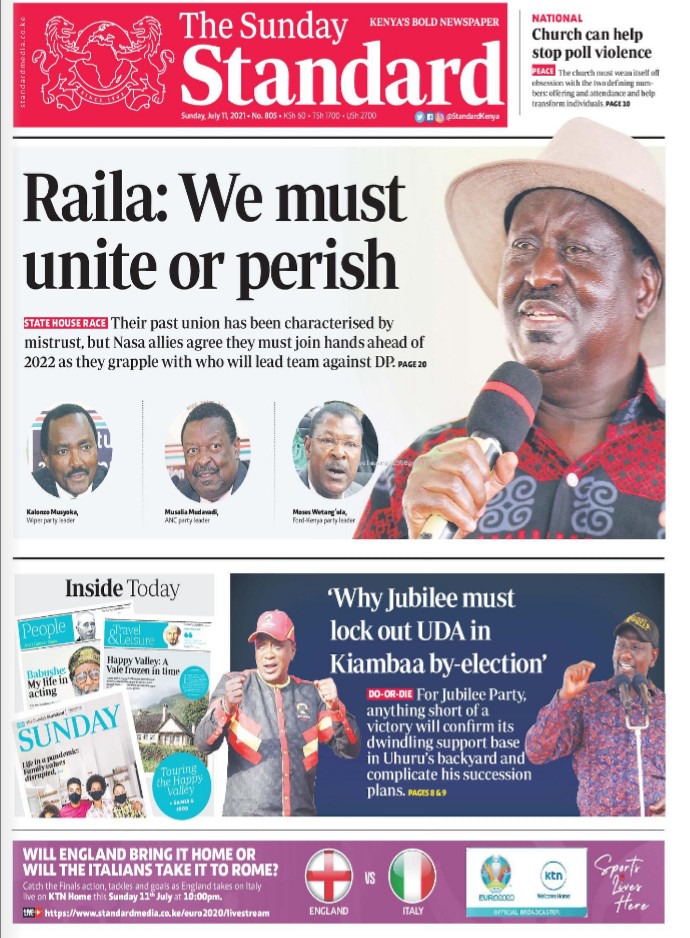 According to the Sunday Nation, the head of state president Uhuru Kenyatta aims at crafting a coalition ahead of the next year's general election. However according to the Sunday Nation, his plans to formulate a broad based coalition ahead of the General Election next year may not work out as there is a problem. Each individual in the group of leaders who are expected to form a coalition has ambitions to become the next president.

In yet another story, Kiraitu has released why the former President Mwai Kibaki was sworn-in at nightfall back in 2007. According to Kiraitu, it was a race against time. He has revealed that it was Kibaki's last day of the five years adding that if the electoral commission failed to announce the winner of the election by 6pm, the country could have been left without a president or a commander in-chief. This could have contributed to the worst and therefore the Attorney General Amos Wako and other legal advisors had to properly read the constitution (the old constitution) and ensure that they followed the proper guidelines in swearing-in Kibaki for his second term as the president. 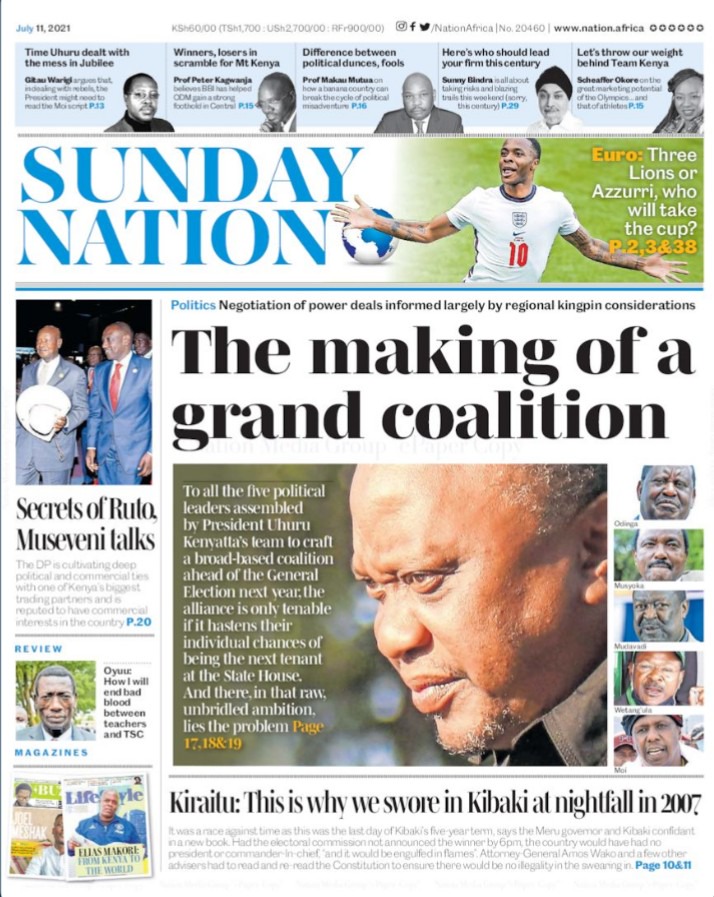 According to this newspaper, many government Cabinet Secretaries have failed to meet the targets of service delivery to the public despite spending 91 percent of money allocated in the 2019/2020 financial year budget. This is as indicated in the performance report of the ministries and government departments. According to the report, no ministry has met its performance targets. The Ministry of Finance and Planning, headed by the Cabinet Secretary Ukur Yatani, is ranked first as the best performing with the Ministry of Agriculture, Livestock and Fisheries headed by Minister Peter Munya being the last. Ministry of tourism as well as ministry of sports are among the poorly preforming ministries. 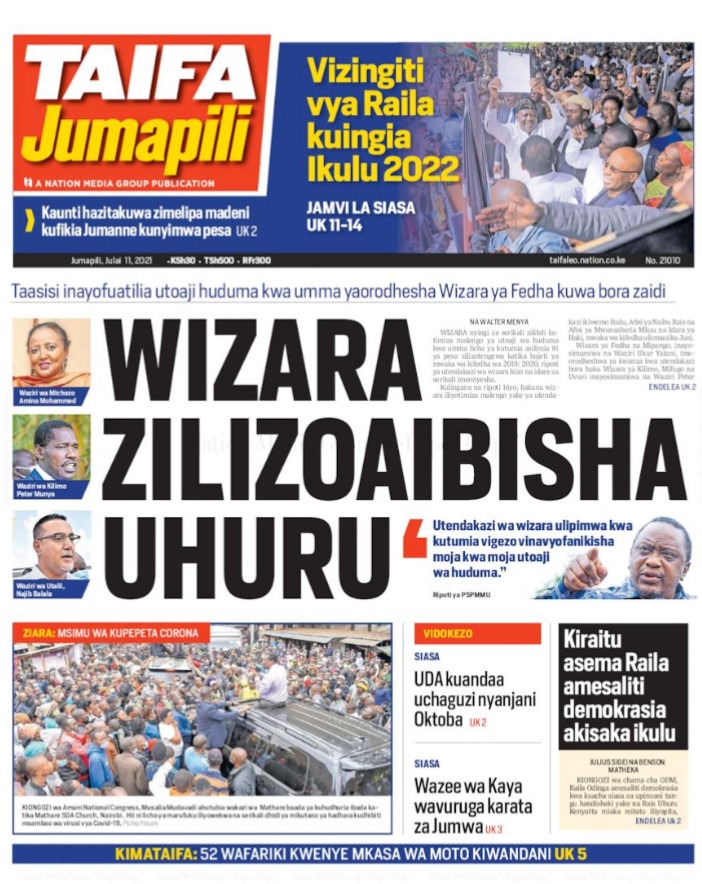 Murkomen: Ruto Cannot Be Blamed For What Happened To Kenya In The Past 4 Years, Raila Is The Real DP

Solomon Kuria Spells Doom for Ruto Ahead of 2022