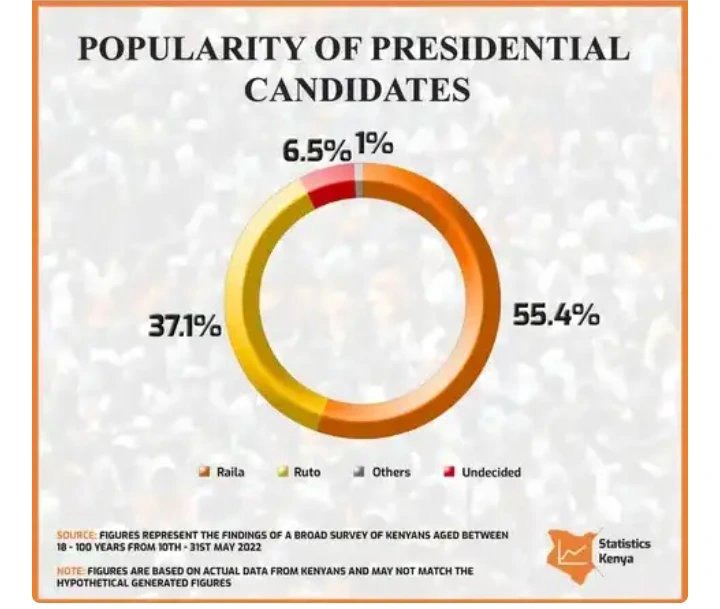 Despite the fact that the two leading presidential candidates are in a neck-and-neck race, Raila Odinga's national support has significantly increased. This is due to Wiper Party Leader Stephen Kalonzo Musyoka's re-entry into Azimio and his selection of Narc Kenya Party Leader Martha Wangari Karua as his running mate. 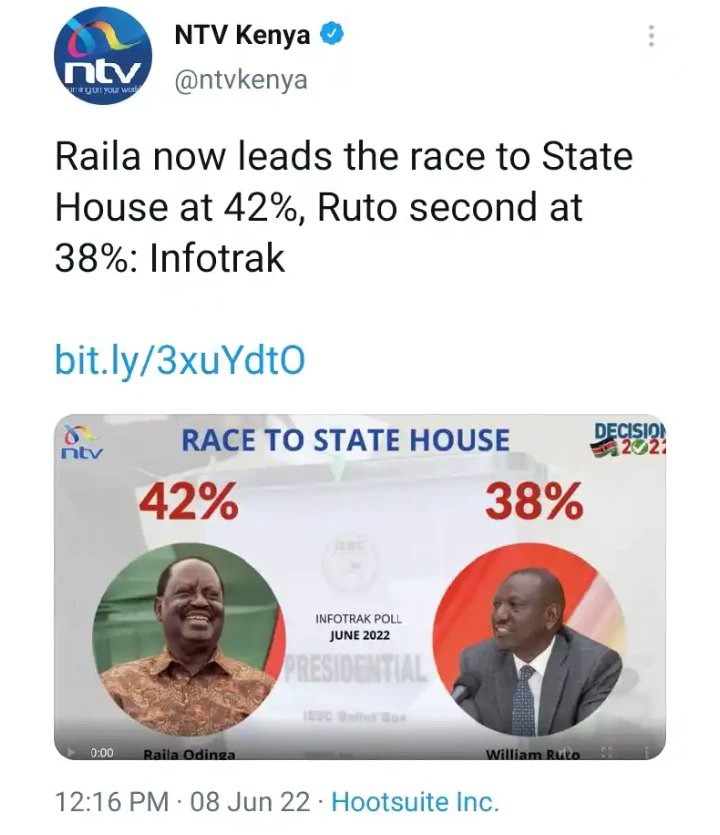 Considering the possible outcome of the contest between the two, DP Ruto should be very concerned. Unless the current political climate changes, he may concede the August 9 presidential election to his archrival, the leader of the ODM party.

Ruto appears to be banking on Mount Kenya and his Rift Valley backyard, whereas Raila's political tentacles appear to have engulfed the entire nation. His newfound political alliance with President Uhuru Kenyatta and the selection of Martha Karua as his running mate have weakened Ruto's presumed dominance in the vote-rich Mount Kenya region. 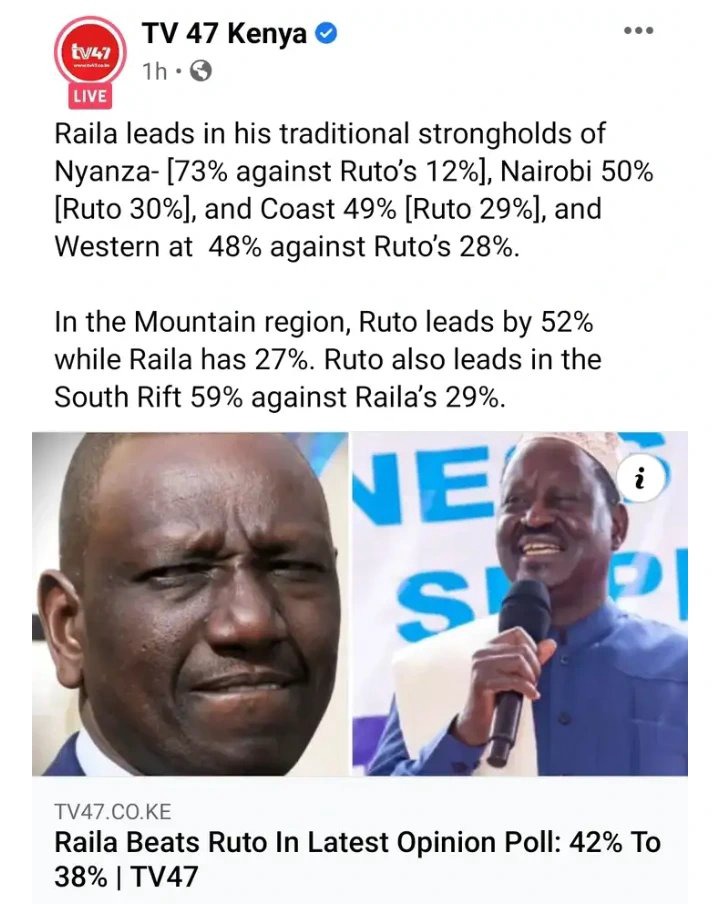 This mega dominance by Raila is indeed a potent ingredient in his campaign for the presidency. Despite receiving nearly 100 percent of support in Mount Kenya for the UhuRuto ticket, the pair's strained relationship could weaken Ruto's hold on the region. Here, we only see advantages for Raila and disadvantages for Ruto. 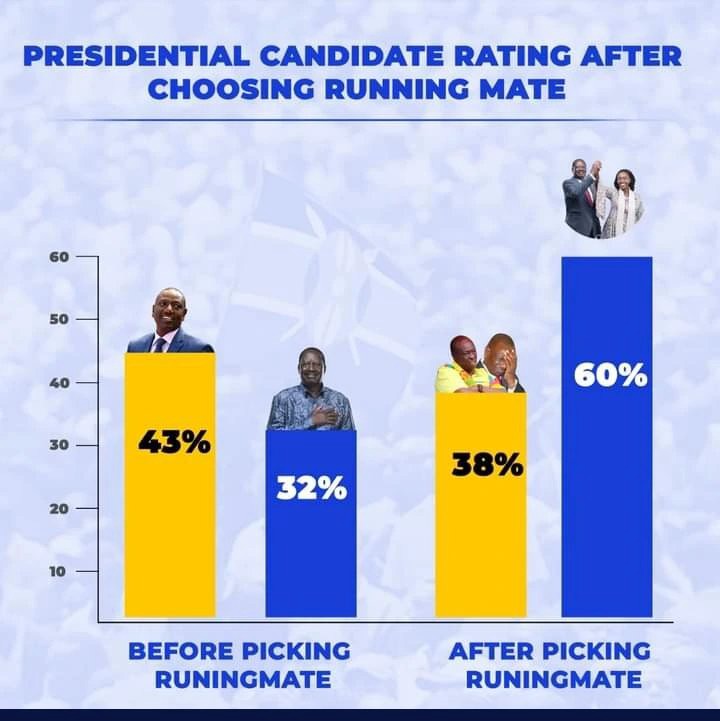 With majority support in Nyanza, Coast, Nairobi, Western Kenya, and Lower Eastern Kenya, as well as partial support in Mount Kenya, Raila may be poised for victory on August 9 unless political currents shift.