By FidelMarx (self meida writer) | 1 months 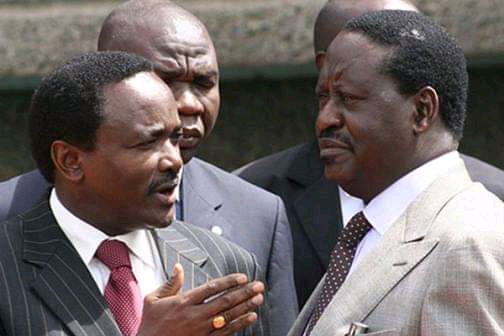 During the State House meeting between President Uhuru and Lower Eastern leaders led by Kalonzo Musyoka,the Head of State mentioned that he will back one of the NASA principal to be the next president if all principals agree to have one flag bearer.

And now Kalonzo Musyoka has dropped a bombshell regarding the revival of NASA coalition.

The Wiper leader said that he will be the most stupid person if he will support Raila for a third time to run for presidency.

He added that he has never sat and talk with Raila about 2022 politics and warn that he won't support the premier until he reciprocate his support for him. 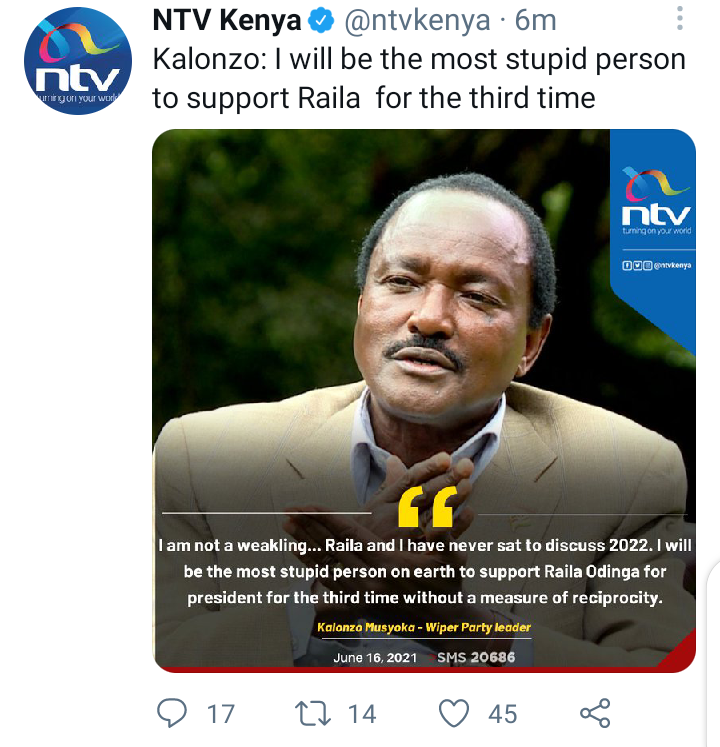 Earlier on, Kalonzo Musyoka had claimed that Raila Odinga disregarded the MoU they had signed together in 2013,which said that Raila was to be supported in 2013 and 2017,after which he will support one of the principals of NASA for 2022 presidential elections.

DP Ruto Breaks Silence After Being Blocked From Visiting Uganda