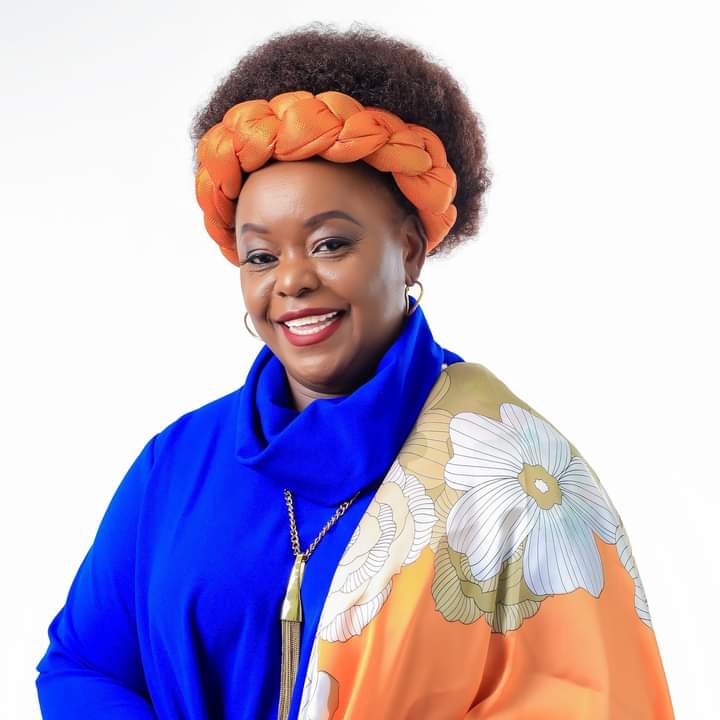 Through her official Facebook page she wrote “I strongly condemn the cowardly act aimed at her Excellency Martha Karua and her Excellency Ida Odinga. The police should take immediate action against the culprits,”

This follows a teargas explosion. Mama Ida Odinga, the wife to Azimio Presidential candidate Raila Odinga, was also present at the rally.

Odhimabo is a staunch supporter of the opposition leader Raila Amolo Odinga’s presidential bid in the August poll.

She is a big critique of the deputy president William Samoei Ruto’s presidential bid in the August polls.

Ruto has declared his interest for the presidency but his bid has been rubbished by the dynasties led by COTU secretary general Francis Atwoli, and Jubilee party chairman David Murathe terming him as corrupt and cannot be trusted with the Country’s leadership. 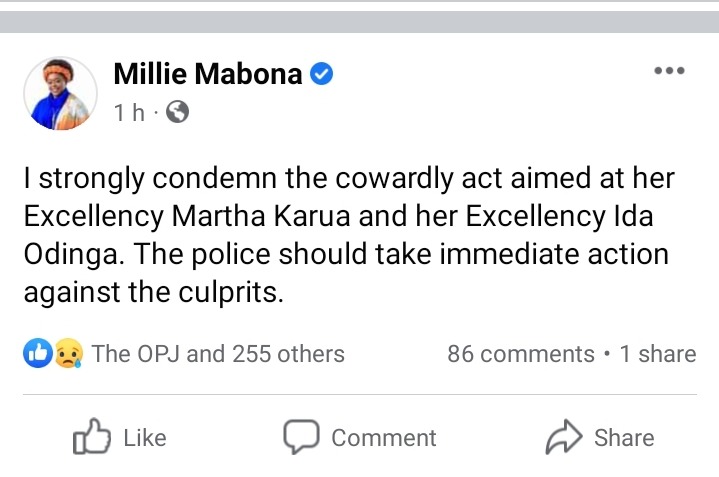 He will be vying for the presidency for the 5th time.

Her post recieved mixed reactions here are some of kenya's comments.

Joe Okoto says "Barbaric. I support that county police should report to the governor of the County,"

Richard Bonyo says "The experience in Kisii County today is just beyond human comprehension and imagination. We are tongue tied.,"

Wuod says "There are no shops selling teargas canisters to the public. The police are responsible,"

JUST IN: Voting Suspended in Kitisuru After KIEMS Kit Fail

JUST IN: Reason Why Wajackoyah Has Left Polling Station Without Casting His Vote Finally Revealed