Cleophas Malala: Mudavadi Is Free To Join Either UDA Or Azimio If They Agree To The Conditions.

Lately, the Amani National Congress party leader Musalia Mudavadi has been seemingly warming up for a coalition between him and the country's second in command Deputy President William Ruto. Mudavadi has caused uncertainty in the One Kenya Alliance when he missed the Friday's gala meeting at Elementaita in Nakuru that was aimed at naming the Coalition's presidential candidate. 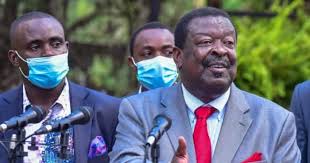 Senator Cleophas Malala claims that Mudavadi is free to work with like-minded politicians on the condition that their partnership must assure Mudavadi of a presidency in the long run. 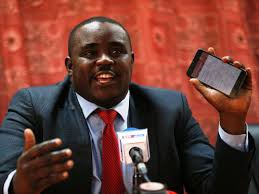 While speaking to NTV Kenya, the senator stated that his ANC boss will only join the Azimio La Umoja if his Orange Democratic Movement counterpart Raila Odinga steps down and out of the presidential election in his favour. At the same time, Cleophas Malala added that the Musalia Mudavadi will only join forces with Deputy President William Ruto if he was assured of a government job should he win the presidency. 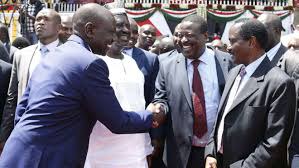 This leaves the two top presidential candidates Raila Amollo Odinga and Deputy President William Ruto in a political dilemma of how to entice Mudavadi and finally convince him into joining forces with him.

'' I Will Obey All Your Orders, Won't Be Like Uhuru'' Gachagua Tells Ruto