By Trendingmaster (self media writer) | 3 months ago 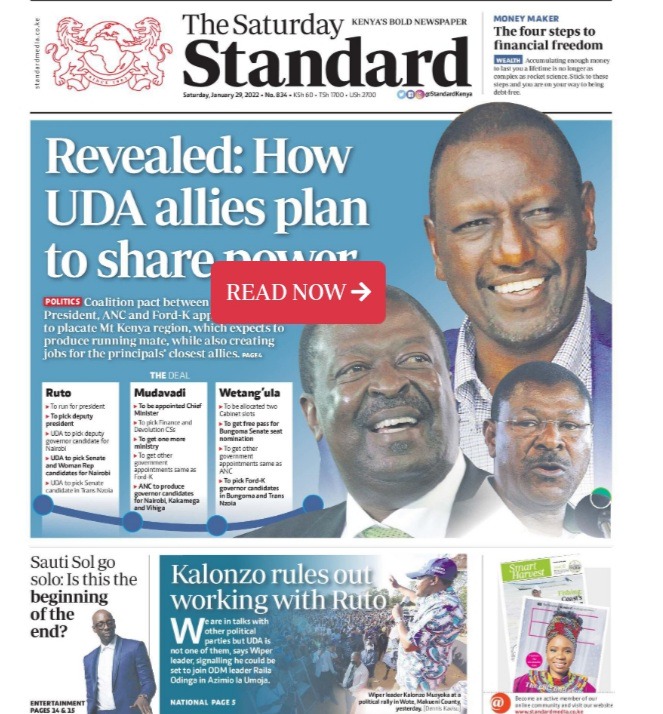 Kalonzo Rules Out Working With Ruto

We are in talks with other political parties but UDA is not one of them, says Wiper leader, signalling he could be set to join ODM leader Raila Odinga in Azimio La Umoja. 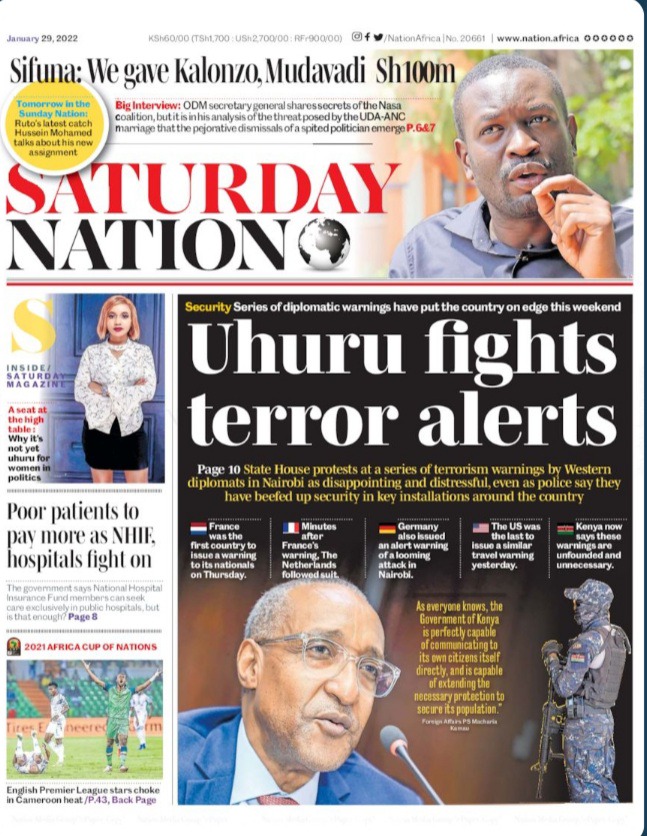 Security: Series of diplomatic warning have put the country on edge this weekend.

State House protest at a series of terrorism warning by western diplomats in Nairobi as disappointing and distressful, even as police say they have beefed up security in key installations around the country.

ODM Secretary General shares secrets of the NASA coalition, but it is in his analysis of the threat posed by UDA-ANC marriage that the pejorative dismissals of a spited politician emerge. 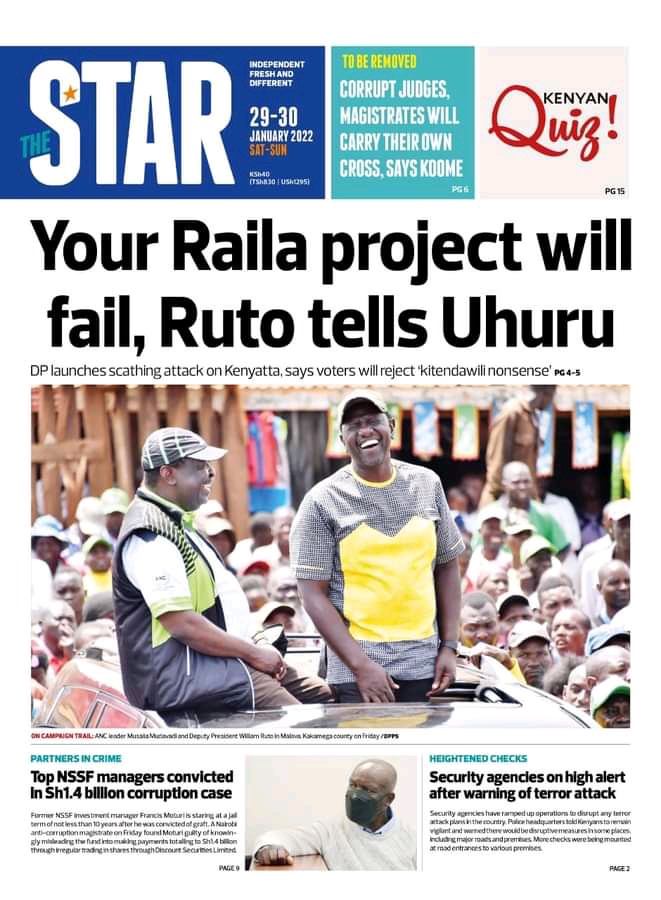 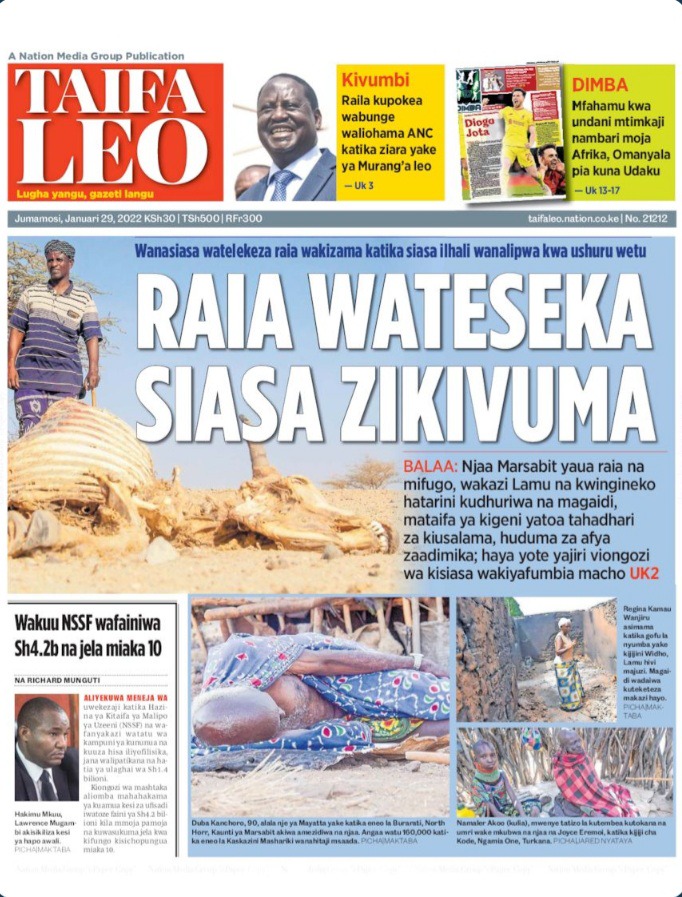 Residents and animals in marsabit are dying due to lack of food, Lamu residents and others across the country risk being attacked by terrorists, health has become a big problem in the country. 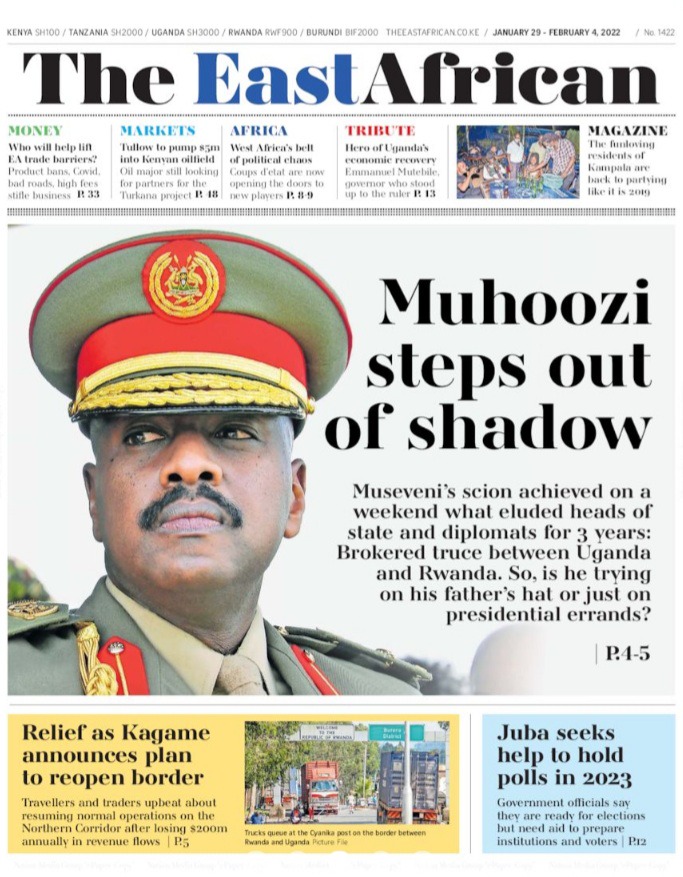 Muhoozi Steps Out Of Shadow

Museveni's scion achieved on a weekend what eluded heads of state and diplomats for 3 years. Brokered truce between Uganda and Rwanda. So, is he trying on his father's hat or just on presidential errands?

Travellers and traders upbeat about resuming normal operation on the Northern Corridor after loosing $200m annually in revenue flows.