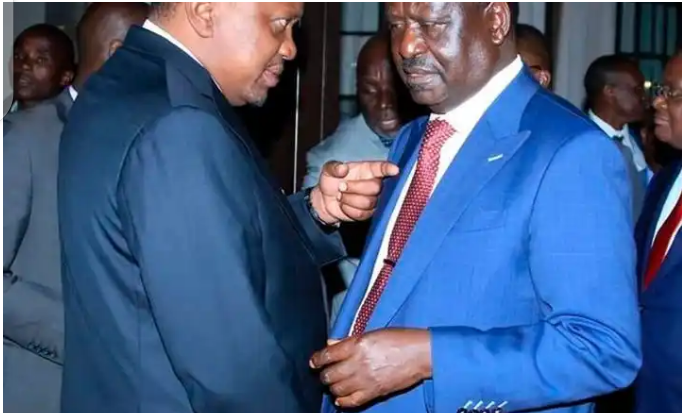 Former Prime Minister Raila Odinga has opened up on the events surrounding his 2018 controversial swearing-in as the People’s President, noting that he was set to face treason charges, but President Uhuru Kenyatta intervened and rescued him.

Speaking in Nyamira County on Friday, Raila noted that Uhuru had been advised by among others Deputy President William Ruto, to charge him with treason, which is punishable by death, but he objected, arguing that the move could have resulted in more harm.

“We later met and said Kenya is greater than all of ours and that is the meaning of the handshake,” he said.

During the event, Odinga rallied members of the Gusii community to support his yet to be declared presidential bid, arguing that his main objective is to unite the country in the spirit of the handshake.