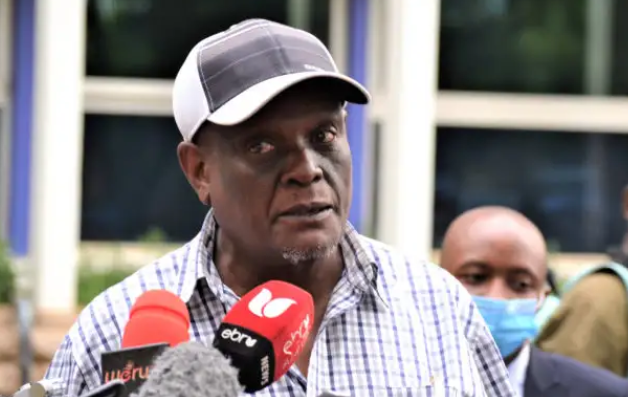 Speaking in Thika on Monday, President Uhuru Kenyatta ended his dalliance with William Ruto because the DP was out to sabotage his administration.

Murathe said that Ruto was given half the government including some of the most powerful ministries but the President was not satisfied with the way they were being run.

The former MP said Uhuru decided to work with Raila to ensure what he wanted to deliver to Kenyans was actualized.

Murathe further refuted the claim that DP Ruto helped President Uhuru Kenyatta to become President in the 2013 and 2017 general elections.

He alleged that that the second in command did not bring as much votes as he always claims to have done and instead he only managed to bring 1.4 million votes.

He therefore revealed that President Uhuru managed to get almost 7 million votes on his own.

“I heard him (DP Ruto) always claiming that he helped Uhuru to become President, while in 2013 he only brought 1.4 while Uhuru alone managed to get almost 7 million. But he was given a big share of the government and was given big positions like finance and his work was only to steal. Until Baba (Raila) and President Uhuru entered into a coalition and rescued our country.” He said.

In his various rallies, DP Ruto has in a number of times claimed that President Uhuru Kenyatta and Orange Democratic Movement (ODM) party leader, Raila Odinga betrayed him.