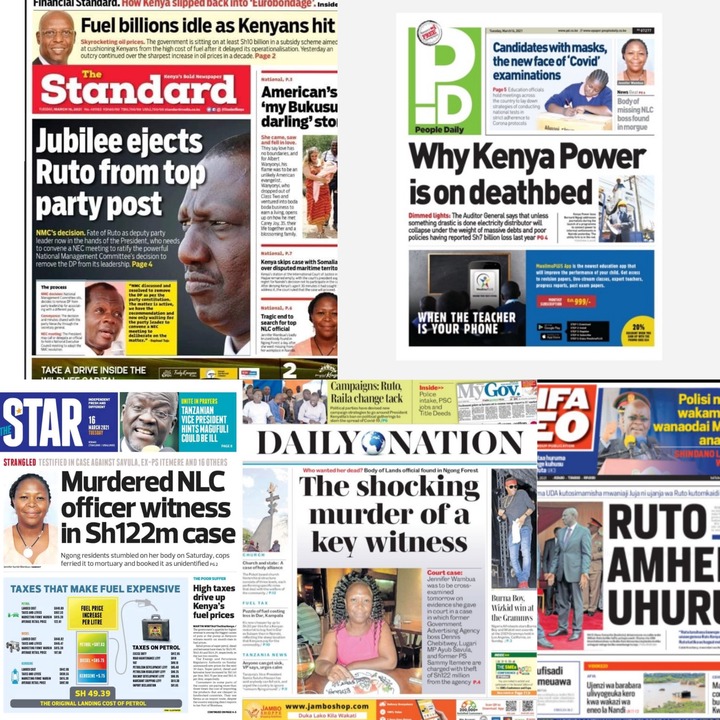 A lot of developing stories across the country made headlines on Tuesday Newspapers.

From fuel prices, murder of NLC official to Juja Parliamentary seat by-election to 2022 susscession politics, the Newspaper headlines covered a myriad of issues that are interesting to consider having a glimpse.

Below is a summary of the top stories of each of your favorite local daily: 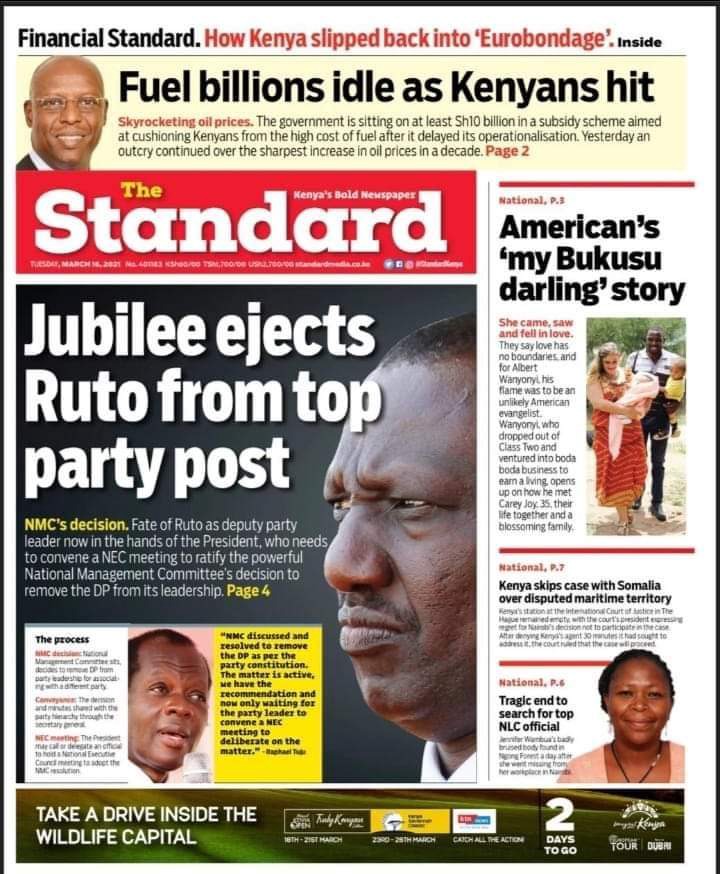 Deputy President William Ruto has been kicked out of the Jubilee Party.

The onus lies with President Uhuru Kenyatta to convene NEC meeting to confirm his outer.

National Management Committee sat and approved the the ouster of the Deputy President as Jubilee Party Deputy Leader and the matter is still active, said Jubilee SG Raphael Tuju.

Once President Uhuru convenes the NEC meeting, the NMC decision will be ratified and the DP will be kicked out. 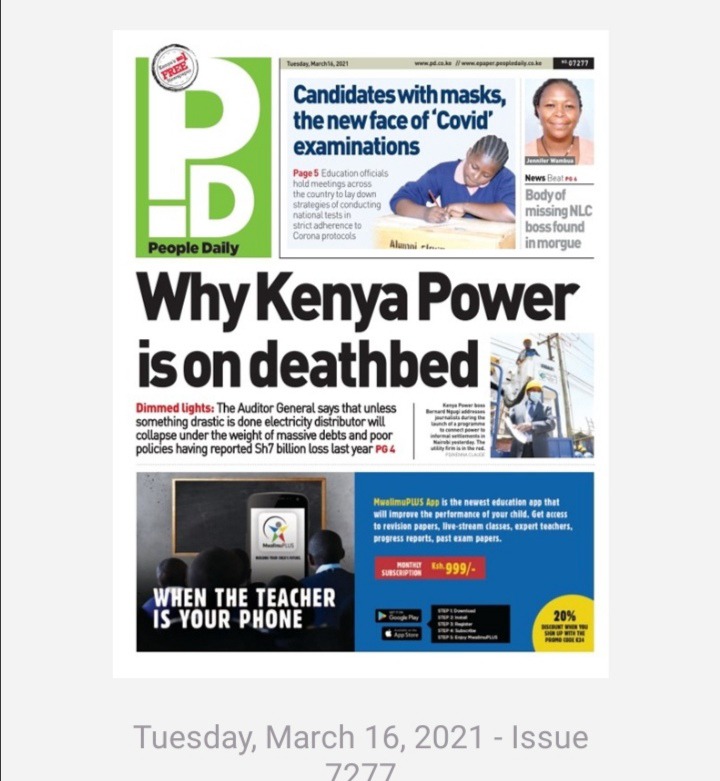 Kenya Power is on it deathbed following massive borrowing spree that has subjected it into huge debts that is unable to service.

Auditor General Warns that unless drastic action is taken, the sole power distributor will collapse having made a loss worth Kshs7bn last year. 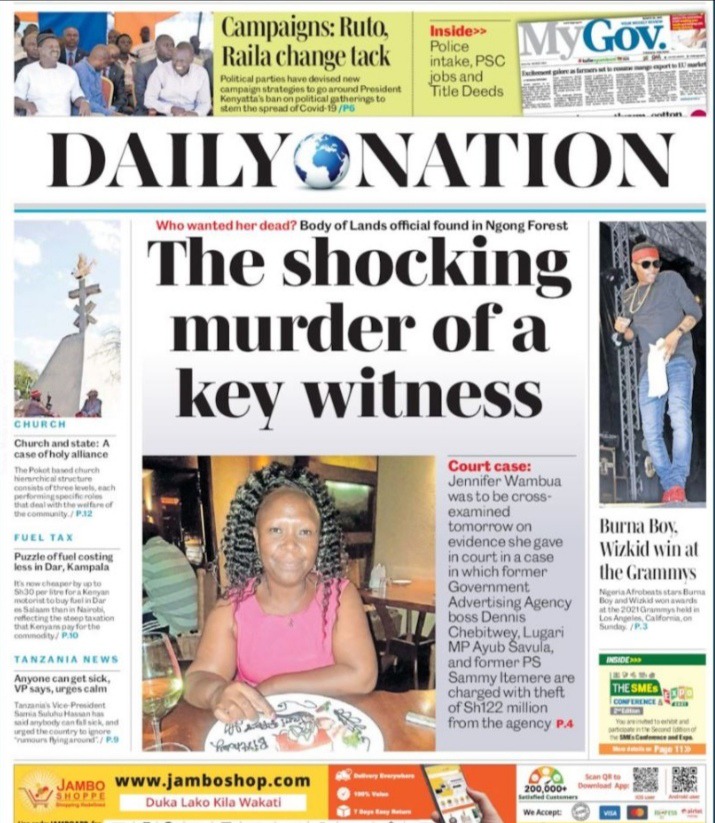 Body of Senior National Land Commission official was on Monday found in City mortuary after she went missing since Friday.

Family search flickered a despondent note after her husband positively identified her at the morgue after long wait of panic and worry.

Jennifer Wambua, NLC Deputy director of communications, is said to have been found dead on Saturday at Ngong Forest and her body booked at City morgue as unidentified person.

She was to appear in court on Wednesday as a key witness in a Kshs122m graft case pitting former Government advertising Agency boss Dennis Chebitwey, Lugari MP Ayub Savula and former PS Sammy Itemere who are charged with theft of the aforementioned cash. 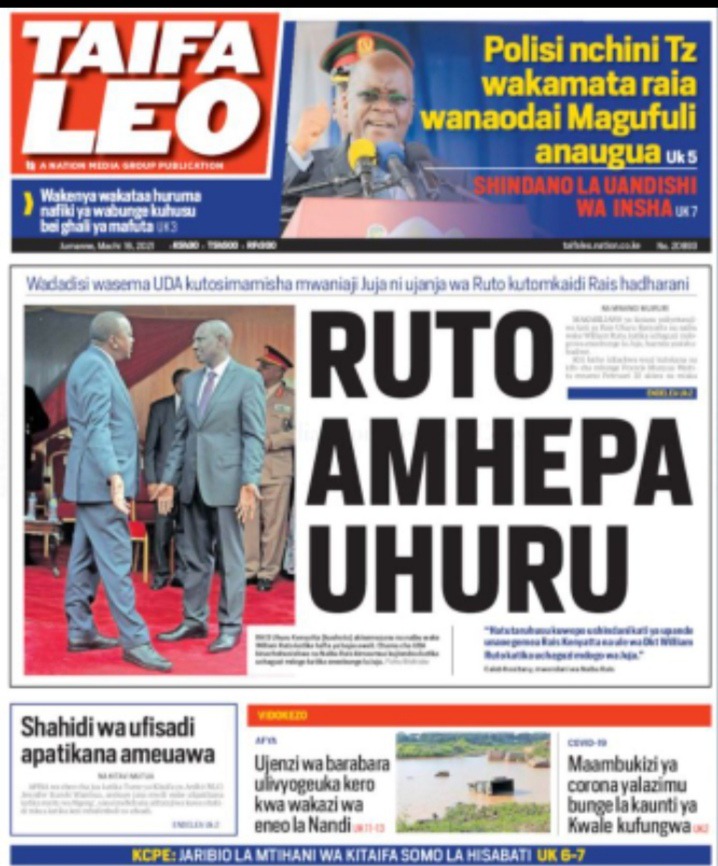 Deputy President William Ruto has chickened out of the Juja Parliamentary by-election as he seeks to avoid a contest between him and President Uhuru Kenyatta.

Juja Constituency being the home county of the President has seen the DP avoid fielding candidate through his UDA linked party.

Pundit argue the DP has seen no need of creating a contest between him and President Uhuru Kenyatta whose Jubilee Party, that has sidelined the DP, will field a candidate in the mini-polls slated for May. 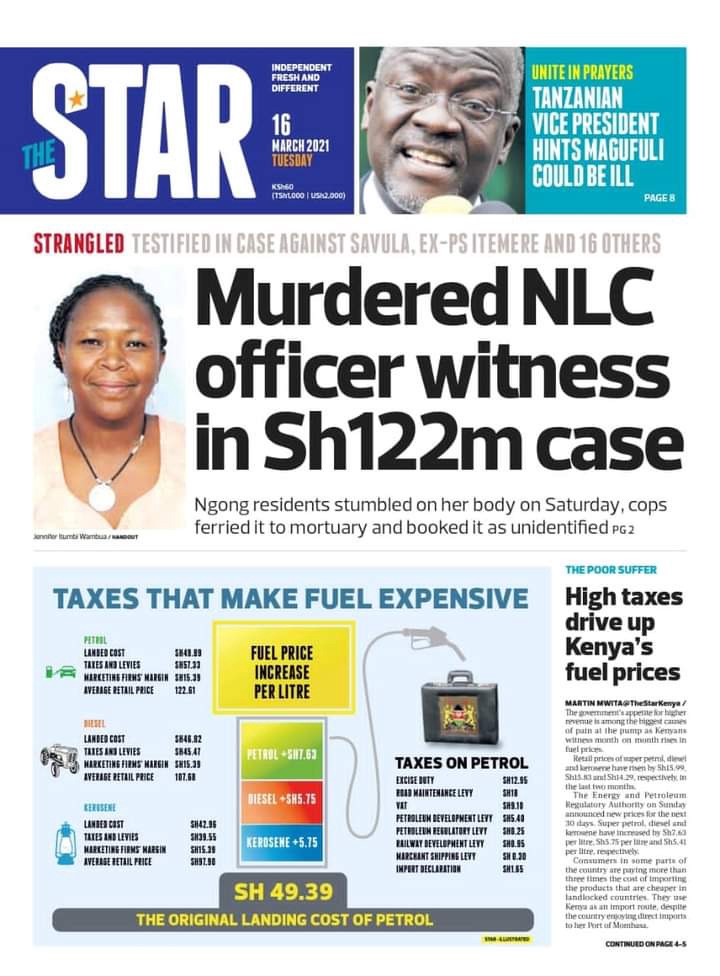 It explores the issue of increase in fuel prices that has been caused by so many factors.

The star reports high taxation rates of many vote heads in the fuel industry as the reason behind the perennial increase of fuel prices.