By instantNewsKe (self meida writer) | 6 days 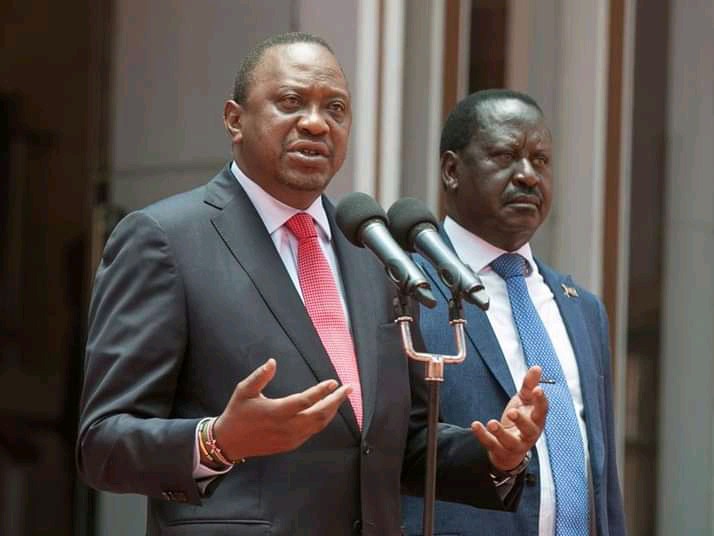 The team is reportedly heading for a retreat in Mombasa to draft a bill proposing a referendum alongside the next general elections. Before being subjected for a referendum, the bill will have to pass through the parliament. 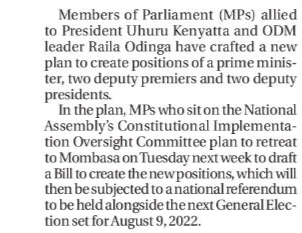 This comes as another group of politicians drawn from the Mount Kenya region mostly allies of the deputy president William Ruto led by Moses Kuria have hatched a new plan to bring back some proposals of the building bridges Initiative into the Parliament, the leaders who met yesterday are reportedly pushing for additional constituencies and revenue allocation to counties, they will be pushing for the changes in the parliament, however, BBI proponents have termed their move hypocritical since they vehemently opposed the building bridges Initiative. 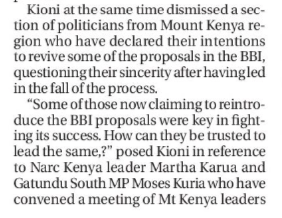 Another team allied allied to the deputy president William Ruto are strongly opposing any Constitutional Changes, led by Garissa Township Constituency member of parliament Aden Duale, the team argue that any changes will be against the ruling by the high court which was upheld by the court of appeal outlying the procedure for amending the constitution, they want all the building bridges Initiative proposals be suspended. 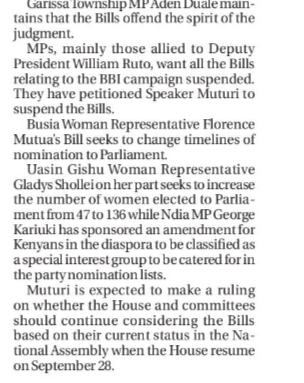 PHOTOS: See The Reception DP Ruto in Was Accorded in Kajiado