Kang'ata Praises UDA And Raila's ODM As He Throws ANC, Wiper, Ford, And Kanu Under The Bus

By DisembeDikembe (self meida writer) | 1 months

Muranga senator Irungu Kangata, who recently defected to Ruto's team, has showered the United Democratic Alliance, allied to DP Ruto, and Raila Odinga's Orange Democratic Movement with praises claiming they are the only political parties with the wherewithal to compete nationally. The lawmaker claimed that the other parties in the country lack the ability to contest for political positions away from their support bases.

"Super Thursday has proved that in Kenya,there are only two teams with the wherewithal to compete respectably away from home. It is either with UDA or Chungwa.The rest (wiper ,simba et al) can only win home matches," he tweeted. 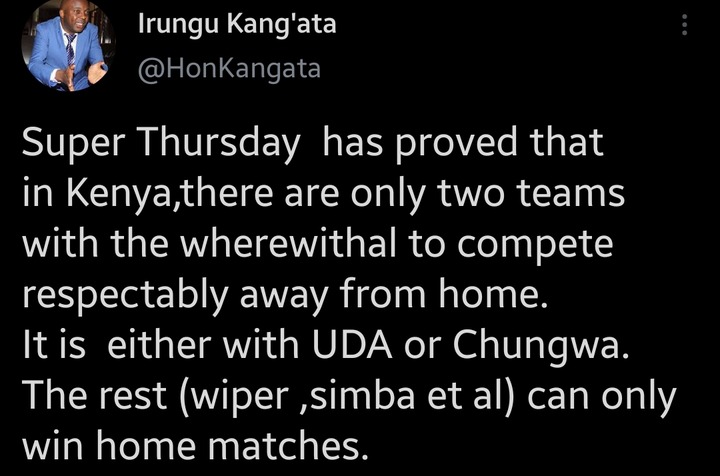 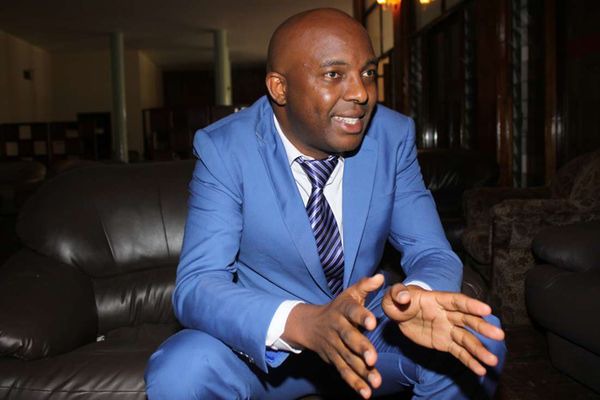 UDA had also fielded a candidate in the by-elections giving the Ford candidate a run for his money. Ruto's UDA won one out of the seven by-elections held yesterday. Kangata however believes that the newly formed political outfit, perfomed above its ability given that it was battling it out with old parties.

Content created and supplied by: DisembeDikembe (via Opera News )